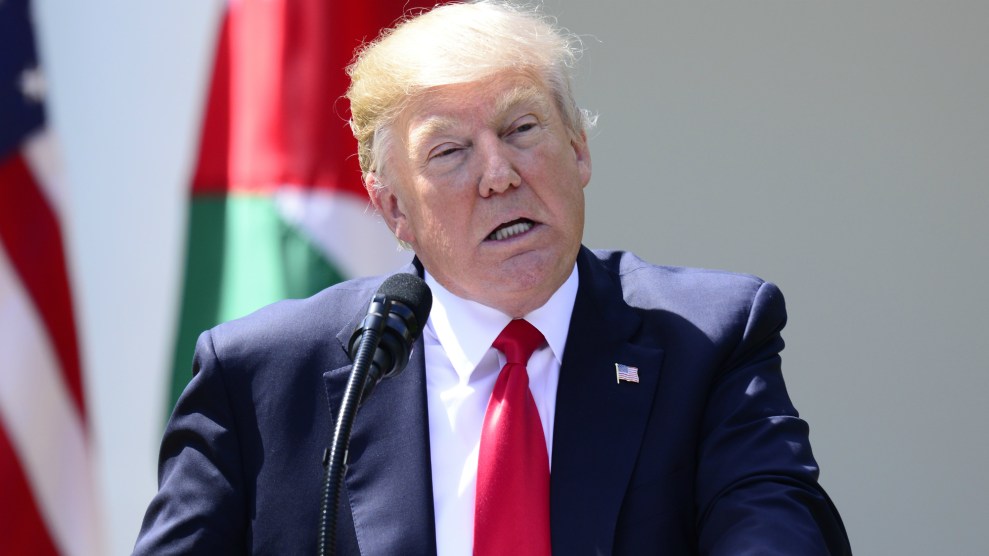 When Donald Trump meets with Chinese president Xi Jinping at Mar-a-Lago today, he’ll go into the talks with no particular expertise on US-China diplomatic relations or experience as an international negotiator. But, like with many other areas of his presidency, Trump will bring his own personal business history and the conflicts of interest it entails.

Trump has often portrayed China as a bogeyman when it comes to economic issues, but he’s also repeatedly sought to establish business ties there. A major Chinese state-run financial institution, for example, is a key tenant in Trump Tower.

As recently as February, weeks after taking his oath of office, Trump sold a $15.8 million penthouse condo in his Trump Park Avenue building to a Chinese-American businesswoman named Angela Chen, who has extensive ties to China’s ruling elite. Prior to taking office, Trump said he was separating himself from the daily operations of his businesses, but because he refused to divest his ownership, the sale still personally benefited the president. On a website for a business she runs, Chen, who paid cash for the condo, describes herself as a consultant who can help provide international investors with access to the most powerful people in China. As Mother Jones also reported, Chen runs the American branch of a Chinese nonprofit established by Deng Rong—the daughter of Deng Xiaoping, who led China in the tumultous years after Mao Zedong’s death. On the website of Chen’s nonprofit, the group appeared to link itself to another Chinese organization called the Chinese Association For International Friendly Contact—an organization considered by China experts to be a front for Chinese military intelligence.

That deal followed news that Trump had won a long-running case to secure control over a number of trademarks in his name in China. Trump, who already has more than 70 trademarks in China and almost 50 more requests pending, won the trademarks after spending a decade unsuccessfully making the case he deserved them. Not all of the trademarks that Trump won control over are necessarily ones he’ll want to use himself—for example, a trademark for an escort service—but, instead, are “defensive trademarks” intended to protect his brand from being misused in China.

And those are just Trump’s dealings in China since being sworn in on January 20. Here are the highlights—and lowlights—of Trump’s business record with China, America’s biggest trading partner.