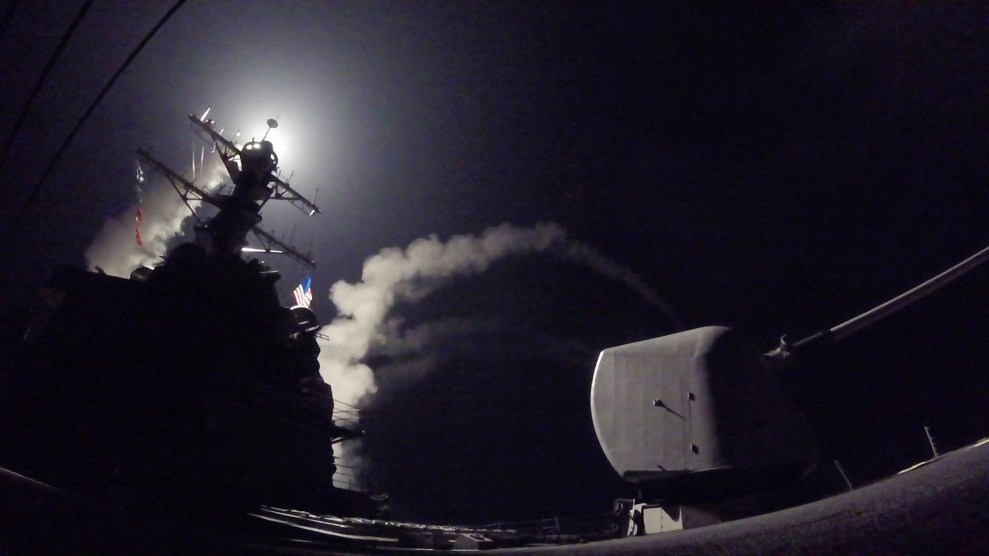 Russia on Friday denounced a US missile strike that targeted a Syrian air base Thursday, describing the military action as an “aggression against a sovereign state in violation of the norms of international law.”

“This step deals significant damage to US-Russian ties, which are already in a deplorable state,” Dmitry Peskov, a spokesman for Russian President Vladimir Putin, said. He also accused the United States of acting on an “invented” pretext.

President Donald Trump authorized Thursday’s strikes in reaction to the Syrian government’s use of chemical weapons on civilians earlier this week. The chemical attack killed more than 80 people, including scores of children, in the country’s Idlib province. Images from the attack drew international condemnation and are said to have spurred Trump to take military action.

Syrian President Bashar Assad echoed the Kremlin’s condemnation on Friday, calling the US missile strikes “reckless” and “irresponsible.” A statement from Assad’s office also denied the government’s possession of chemical weapons and said the accusations this week were part of a “false propaganda campaign.”

Trump’s order on Thursday marked a significant departure from the Obama administration’s policy on Syria’s ongoing civil war, as well as the president’s own noninterventionist position during the 2016 campaign. (Trump had previously said the United States had “bigger problems” than Assad and that the country “should stay the hell out of Syria.”)

Speaking from his Mar-a-Lago estate on Thursday, Trump said the air strikes were in “vital national security interest.”