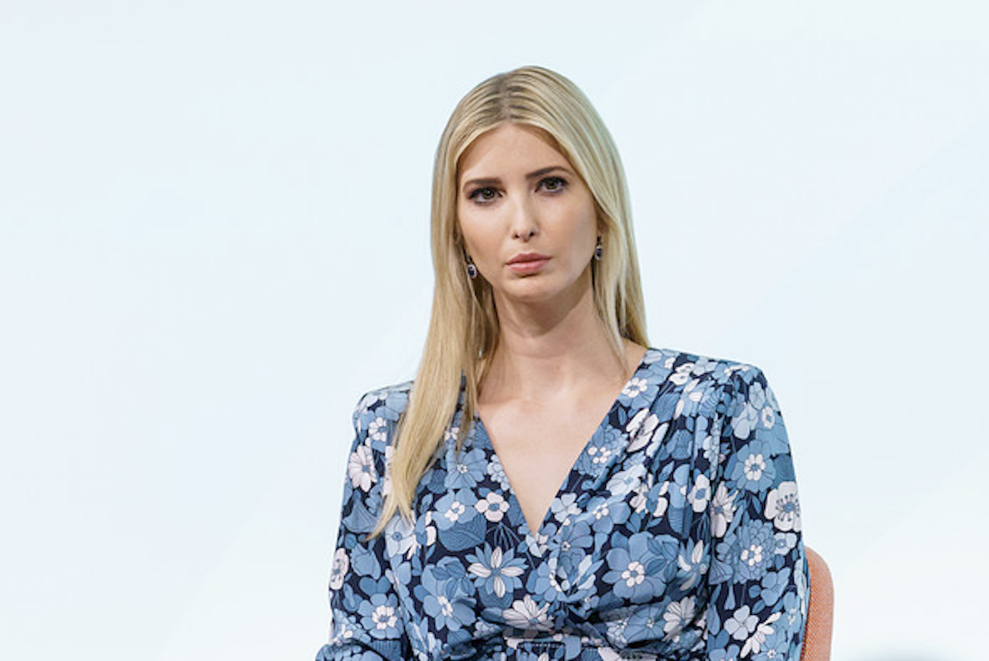 She was there to celebrate the business successes of women, alongside some of the world’s most powerful female leaders—but Ivanka Trump’s comments drew open derision instead.

During a panel discussion on women’s entrepreneurship with German Chancellor Angela Merkel, Trump on Tuesday provoked boos and hisses as she described her father, President Donald Trump, as an advocate for families and working women.

“I’m very proud of my father’s advocacy,” she said. “He’s been a tremendous champion of supporting families and enabling them to thrive.”

The remark was immediately met with groans from the female-heavy German audience, and prompted the moderator to address the crowd’s chilly reaction:

Boos and hisses from female delegates as Ivanka mentions her father pic.twitter.com/EwmYZqTJmt

“You hear the reaction from the audience,” Miriam Meckel, editor-in-chief of WirtschaftsWoche, a German business magazine, said. “I need to address one more point: Some attitudes toward women your father has publicly displayed in former times might leave one questioning whether he’s such an empowerer for women.”

“I’ve certainly heard the criticism from the media that’s been perpetuated,” Trump responded, prompting laughter from the crowd. “But I know from personal experience. The thousands of women who have worked with and for my father for decades when he was in the private sector are a testament to his belief and solid conviction in the potential of women and their ability to do the job as well as any man.”

Ivanka Trump gets a frosty reception at women’s panel in Berlin — @joejohnscnn has the details https://t.co/ApQcSe80nu

Trump was in Berlin as a US representative to the third annual W20 Summit, which focuses on promoting women’s economic empowerment and advancing women in leadership roles. As the panel took off, President Trump took to Twitter to praise his daughter:

Proud of @IvankaTrump for her leadership on these important issues. Looking forward to hearing her speak at the W20! https://t.co/e6Uajrm8zp