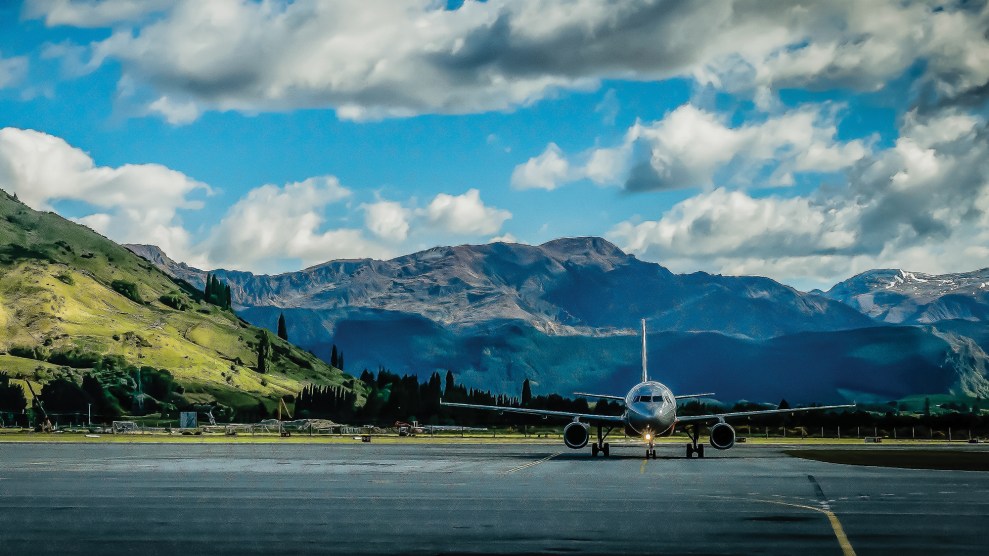 In January, New Zealanders were surprised to discover that Peter Thiel, the billionaire PayPal co-founder and Donald Trump adviser whose libertarian proclivities and social quirks were lampooned on HBO’s Silicon Valley, had quietly become one of them during a 2011 ceremony in Santa Monica, California.

Thiel, who owns real estate in New Zealand, had secured an exception from the country’s residency requirement by emphasizing his business and philanthropic clout, his investments in two Kiwi companies (totaling $7 million), and his donation of nearly $1 million to a local earthquake relief fund. “We do not sell our citizenship; it is earned,” New Zealand’s Ministry of Internal Affairs claimed after the news broke. Subsequent reports speculated that Thiel, besides being a huge Lord of the Rings fan, viewed the country as a survivalist haven in the event of an apocalypse. “I have found no other country that aligns more with my view of the future” is all Thiel would say.

Thiel’s little secret came as no surprise to David Lesperance, a Canadian-born lawyer who is among the world’s leading champions of transnational exit plans for the superwealthy. Business is booming: Lesperance says he has expatriated more than 300 ultrarich Americans to date—he calls them “golden geese”—and has set up contingency plans for countless others. Thiel is not a client, but several household-name techies are, he says. Mad Max scenarios aside, their goal is tax avoidance. If that means giving up an American passport, so be it.

Lesperance’s “golden geese” range in net worth from about $25 million to $19 billion.

Lesperance says his golden-geese range in net worth from about $25 million all the way up to (he quickly Googles it) $19 billion. He won’t discuss his clients by name, but explains that they fall into three categories: The first includes company founders and CEOs concerned with succession planning, strategic philanthropy, and the preservation of wealth across generations. Next are people “who sing a song or act or kick or hit a ball”—including several European soccer pros—who earn very high incomes for an “unknown yet finite” period of time. And then there are the “masters of the universe”—the hedge funders, private-equity guys, and venture capitalists.

The latter are beneficiaries of the carried-interest loophole, an accounting trick that treats their compensation as capital gains, which are taxed at a far lower rate than regular income. On the campaign trial, both Trump and Hillary Clinton repeatedly promised to close this loophole, and while the president’s Goldman Sachs-packed Cabinet suggests that carried interest isn’t going anywhere, hedgers gonna hedge. “It is really the uncertainty about the future that is driving people like Peter Thiel,” Lesperance says.

A handful of relatively stable nations court wealthy foreigners with sweet tax deals if they become citizens. Poland is a good prospect, Lesperance says. Ditto Italy, Switzerland, Belgium, and Portugal—where “they will not tax you on income and capital gains for 10 years.” Ireland has attracted seven members of the Getty clan, as well as Campbell’s soup heir Jack Dorrance III and Robert Dart, whose family empire produces McDonald’s packaging. (The United States doesn’t offer these kinds of tax breaks to would-be Americans, but its EB-5 visa program gives green cards to immigrants who make a $1 million business investment. American real estate developers—including Trump—have used EB-5 visas to capitalize their projects.)

Lesperance also points out that America is the only nation besides Eritrea that taxes people based on citizenship, not residency. This means an expat living and earning income in, say, England, is taxed on those earnings by both countries. The London-based filmmaker and Monty Python alum Terry Gilliam ditched his US citizenship years ago for precisely this reason. “I got tired of paying taxes in a country I don’t live in,” he told me. “Then I discovered that when I died, my wife would probably have to sell our house to pay for the taxes in America.”

“I got tired of paying taxes in a country I don’t live in,” filmmaker Terry Gilliam told me.

But big names who bail on America can face blowback. In 2012, Facebook co-founder Eduardo Saverin set off a firestorm after he relinquished his US citizenship and relocated to Singapore in advance of the social network going public. Democratic Sens. Charles Schumer and Bob Casey quickly introduced the Ex-Patriot Act to punish erstwhile Americans such as “Mr. Saverin” who, as Schumer put it in a speech on the Senate floor, have “chosen to disown the United States to save some money.” Had it passed, the bill would have permanently barred such former citizens from reentering the country, even as tourists, and levied a capital gains tax of 30 percent on their sales of US assets, retroactive for 10 years.

In Flight of the Golden Geese, a 2015 book Lesperance co-authored with the British economist Ian Angell, he forcefully argues that overtaxing the 1 percent is counterproductive. Sure, the ultrarich may pay lower rates than Warren Buffett’s secretary, but they still account for nearly half of federal income tax revenue. Every time Uncle Sam loses a goose, he warns, federal coffers take a disproportionate hit. Enacting new millionaires taxes, he claims, “will not generate more tax dollars, but will rather most likely have the completely opposite effect.”

Lesperance was raised in Windsor, Ontario, within spitting distance of Detroit. His father, an engineer for General Motors, built an early computer system to track car parts flowing back and forth, so “I grew up at the breakfast table with cross-border issues.” During his college years, his dad helped him land a summer gig with Canadian customs, interrogating drivers headed in from the United States. Lesperance later paid his way through law school at the University of Saskatchewan by stamping passports at the Toronto airport.

At least 5,411 wealthy Americans gave up their citizenships in 2016—a record high.

He got into the golden-goose game as a newly minted lawyer in 1990, when he was approached by a Detroit attorney who wanted to quit the United States for tax reasons. The client had already stowed part of his $15 million net worth in an “offshore bucket” and purchased citizenship in St. Kitts and Nevis. Lesperance helped him relinquish his US passport and set up permanent residency in Canada. For three years, the client commuted daily from Windsor to Detroit to wrap up his business while fulfilling Canada’s residency requirement. He then declared himself a nonresident citizen of Canada and moved to Australia, where a retiree incentive program permanently exempted his offshore trust from taxation. “I thought it was very cool and very cute,” Lesperance says.

He also thought it was a one-off. But referrals began trickling in, aided by a mid-1990s Forbes article naming two of his clients who had fled the taxman. Overall, expatriations of wealthy Americans averaged well under 1,000 a year until 2010, when the number abruptly doubled thanks to the expiration of the Bush tax cuts and the enactment of the Foreign Account Tax Compliance Act, which made it difficult for Americans living abroad to conceal their foreign earnings from the IRS. The golden-goose expatriations hit 5,411 last year—a record high. Nowadays Lesperance spends most of his time arranging new citizenships. One client, he told me, has collected nine passports—for the bragging rights, mainly: “It had gone far beyond prudence.”

It was probably inevitable that Lesperance would one day act upon his own counsel. When we first spoke, in 2015, the lawyer had arranged a backup citizenship for himself, but he wouldn’t say where. That goose has since flown. You can find him in sunny Portugal.