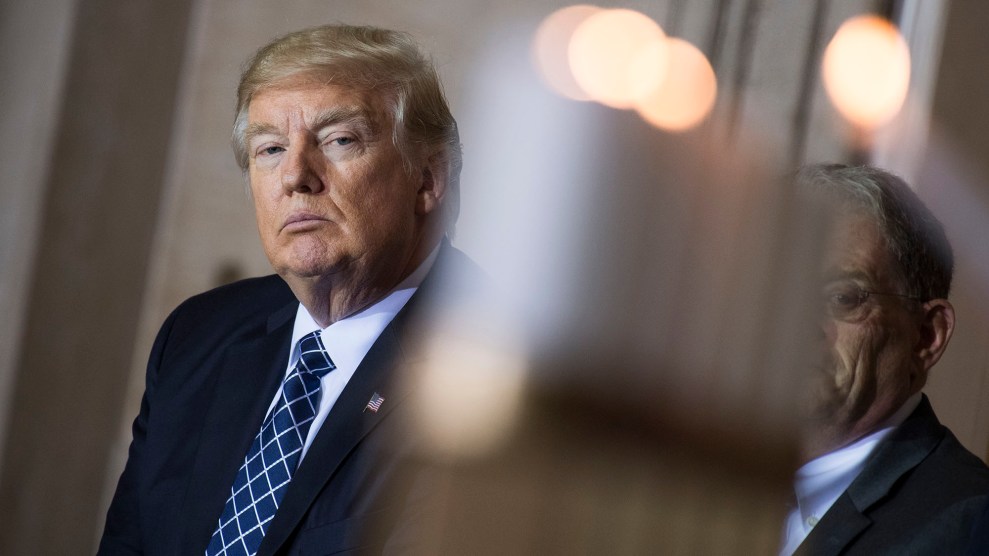 A federal judge in San Francisco blocked a January executive order that the Trump administration was using to threaten to withhold funds from so-called sanctuary jurisdictions refusing full cooperation with federal enforcement of immigration laws.

In issuing a nationwide preliminary injunction Tuesday, US District Judge William Orrick cited public comments by President Donald Trump, Attorney General Jeff Sessions, and other administration officials that warned cities that they would lose public safety funds if they did not comply with federal immigration agents’ attempts to locate and detain undocumented immigrants. “If there was doubt about the scope of the Order, the President and Attorney General have erased it with their public comments,” Orrick wrote.

Another federal court using the President’s words (and the words of all his men) against his executive order pic.twitter.com/xwxx7pnMXf

But it wasn’t just these public comments that influenced Orrick’s ruling. He also found serious constitutional problems with the executive action. The judge’s decision states the executive order goes beyond the president’s authority under the 10th Amendment, which limits the federal government’s authority over local governments. “The Executive Order uses coercive means in an attempt to force states and local jurisdictions to honor civil detainer requests, which are voluntary ‘requests’ precisely because the federal government cannot command states to comply with them under the Tenth Amendment,” it reads.

The injunction comes out of a lawsuit brought by San Francisco and Santa Clara counties over Trump’s directive, with similar suits pending in other courts. Orrick’s order, which is based on the counties’ likelihood of success in their case, comes just a few days shy of Trump’s 100th day in office, when his administration is attempting to tout his accomplishments despite setbacks in Congress and in the courts.