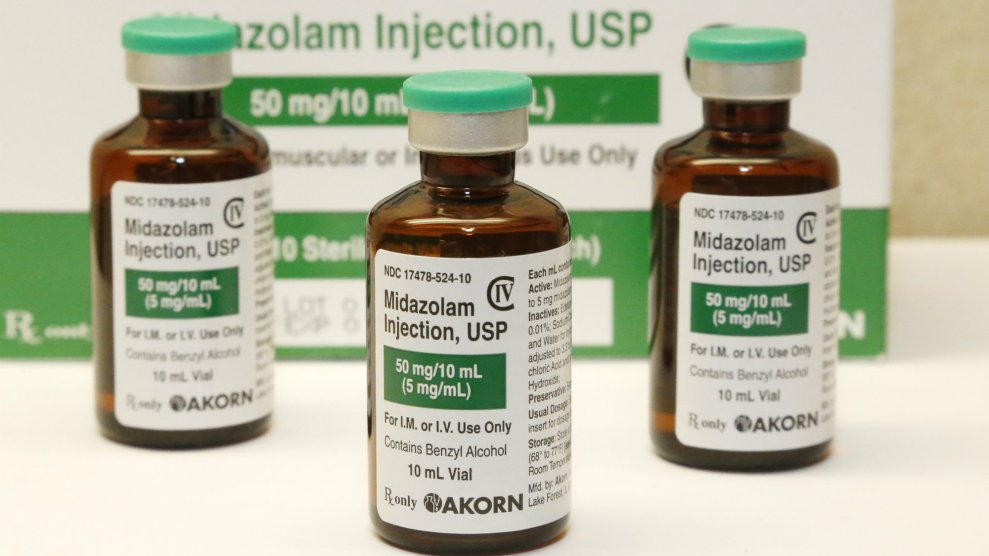 Last night, Arkansas conducted the last of a series of executions in its rushed attempt to execute eight men in 11 days before its supply of midazolam, a controversial sedative that’s been behind several botched executions, expires at the end of the month. Kenneth Williams, a convicted murderer, was reportedly convulsing, jerking, lurching, and coughing for about 10 to 20 seconds after the officials administered the midazolam.

Kelly Kissel, a media witness, said he could hear Williams in the next room even after the microphone was turned off. J.R. Davis, a spokesman for Arkansas Gov. Asa Hutchinson, denied that the inmate had suffered and claimed that his movements were due to “involuntary muscular reaction.”

“There was no testimony that he was in pain,” he added. Davis was not in the execution chamber. Williams’ lawyers, however, are demanding an investigation; they described the execution as “horrifying.”

A series of legal setbacks halted four of the planned executions, but in the midst of public outcry, the state put four men to death in the span of eight days—three others have received stays, and one inmate received a stay after the parole board recommended clemency. Many of the men suffered from mental illnesses, were physically abused, and received substandard lawyering during their trials. Williams, who suffered physical abuse at the hands of his father was intellectually disabled and had an IQ of 70. At some point, doctors said he may have suffered brain damage. One expert noted, “His brain is not working the way it should.”

Williams escaped from prison in 1998, where he was serving time for the murder of Dominique Hurd. He first killed Cecil Boren and, during a police chase, he killed Michael Greenwood in a car crash. The family of Michael Greenwood, asked Gov. Hutchinson to spare his life. “I believe justice has already been served,” said Greenwood’s wife, Stacey Yaw. “He hasn’t been able to kill anyone else. Executing him is more of revenge.”

For his last meal, Williams asked to be served Holy Communion, and in his final statement, he apologized to the families of his victims he “senselessly wronged and deprived of their loved ones.”