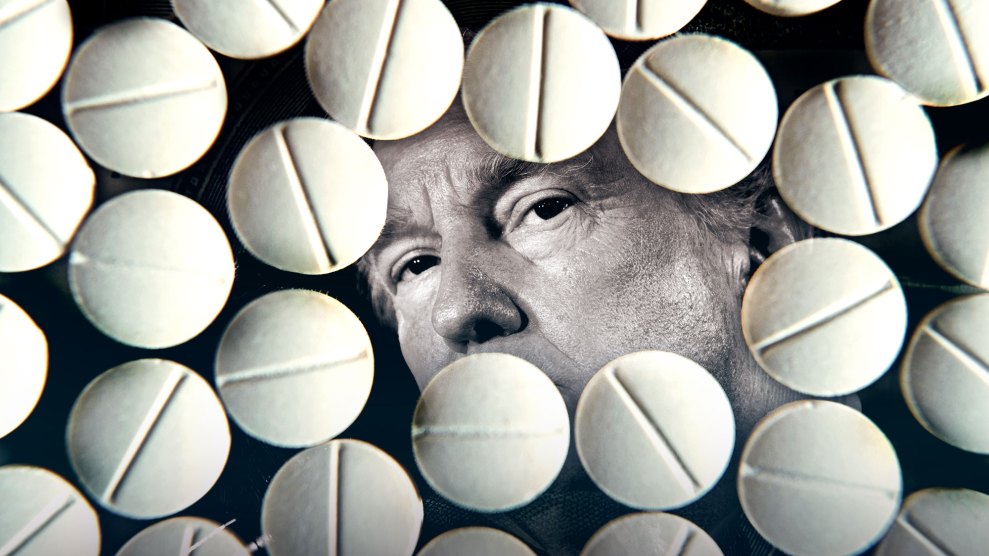 During his campaign, President Donald Trump said his supporters were “always” bringing up one issue: the opioid epidemic. “We’re going to take all of these kids—and people, not just kids—that are totally addicted and they can’t break it,” he promised at a Columbus, Ohio town hall meeting last August. “We’re going to work with them, we’re going to spend the money, we’re gonna get that habit broken.”

Yet in the midst of the largest drug epidemic in the nation’s history, the Republican plan to replace Obamacare threatens to cut insurance coverage for mental health and addiction treatment for millions of Americans. The effect, public health advocates worry, would be to further decrease access to substance abuse treatment at a time when drug overdoses are claiming more 50,000 American lives per year—more than car accidents or gun violence.

Their concerns with the Republican plan to repeal Obamacare, titled the American Health Care Act, fall into two broad categories: The legislation limits who qualifies for public insurance, and it eliminates the requirement that many insurance plans cover substance abuse and mental health treatment.

One of the most significant (and controversial) parts of Obamacare was a provision that expanded Medicaid to millions more poor Americans. Under the Affordable Care Act, those who earn up to 138 percent of the federal poverty level are eligible for this government-funded insurance program. In 2012, the Supreme Court ruled that states could choose whether or not they wanted to participate in the program, and 31 states have done so—resulting in health coverage for an additional 11 million Americans through Medicaid expansion. An estimated 2.8 million used their newly acquired insurance for substance abuse services, according to an analysis by researchers Richard Frank of Harvard Medical School and Sherry Glied of New York University.

The Republicans’ health care plan would freeze Medicaid expansion, cutting off funds for states adding new enrollees starting in 2020. Those already enrolled in Medicaid expansion plans by 2020 would continue to receive the benefits, but they would be at constant risk of losing that insurance. Anyone who has a gap in insurance coverage of more a month—say because they miss a deadline or their income temporarily changes—would lose eligibility. (A lack of private health insurance would be penalized too: Going more than 63 days without coverage would increase premiums by 30 percent for a year.) These provisions have a lot of public health advocates worried. It’s not uncommon for people, particularly those with serious mental health and addiction problems, to drift in and out of insurance coverage.

Under Obamacare, insurers are required to offer so-called “essential health benefits,” including mental health and substance abuse services. In order to sell insurance, insurers have to cover addiction treatment. (Other essential benefits currently include contraception, preventative care, and emergency services—here’s the full list). That set of guarantees also applied to how states must structure their Medicaid programs.

The GOP plan would remove the entire package of essential benefit requirements, including mental health and substance abuse treatment, from Medicaid expansion insurance, as well as from some other Medicaid plans. Starting in 2020, each state could choose whether the insurance offered by Medicaid would include these benefits. Rep. Joe Kennedy (D-Mass.), an outspoken critic of the legislation, pressed GOP lawyers on the matter on Wednesday:

Medicaid, which provides insurance coverage for more than 70 million Americans, is the largest payer for addiction services across the country. Eliminating a chunk of that funding could be particularly crippling for many of the communities that voted Trump into office, notes Keith Humphreys, a Stanford University psychiatry professor who advised the Obama administration on drug policy.

West Virginia and Ohio, for example, have some of the highest rates of opioid overdoses in the country. In those states, which both adopted Obamacare’s Medicaid expansion, Medicaid pays for more than 40 percent of the cost of buprenorphine, a life-saving opioid addiction medication. “This will hurt the worst in the places that supported these politicians the most,” says Humphreys. “They voted in this Congress that is now going to stick a knife in them.”