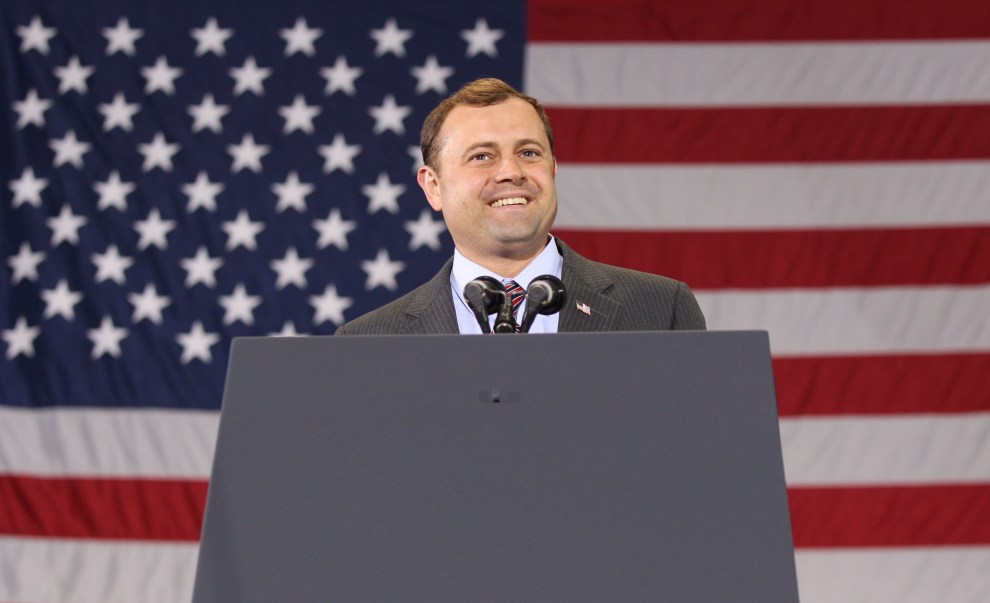 Former Democratic congressman Tom Perriello has a word of advice for public servants: do what’s right, even if it costs you your job.

In a new op-ed for the Los Angeles Times, the progressive politician says that voting in favor of the Affordable Care Act was the right thing to do, despite the fact that it cost him his seat in Congress.

Perriello was elected to represent Virginia’s 5th District in 2008 in the Democratic wave that put President Obama in the White House. In 2010, he voted for the Affordable Care Act, knowing that the then-unpopular bill would dim his reelection prospects.

During the contentious healthcare debate, I held more than 23 town hall meetings, in every county of my district. More than 18,000 Virginians attended these events. Thousands more dialed in to participate in conference calls. Most constituents at these meetings had already decided whether or not to support the Affordable Care Act. Many of them were angry. I was literally spit on and verbally berated regularly, but still always respected the rights of conservative constituents to face me unfiltered.

Though he was indeed ousted in the 2010 Tea Party shellacking, Perriello says “I never regretted my vote. Not once.” The Democrat, now running for the Virginia governorship, says he still receives notes of gratitude from voters about how the ACA lowered their insurance bills and extended their coverage for life-saving procedures.

“It may sound cheesy in this polarized, chaotic and cynical political moment, but public office is not about doing what’s easy. It’s about service. In voting to pass the ACA, I made a long-term bet that it would save lives well worth the short-term political costs.”

Watch the rousing speech President Obama gave to House Democrats on the eve of the vote for the Affordable Care Act in 2010. “We are not bound to win, but we are bound to be true.”