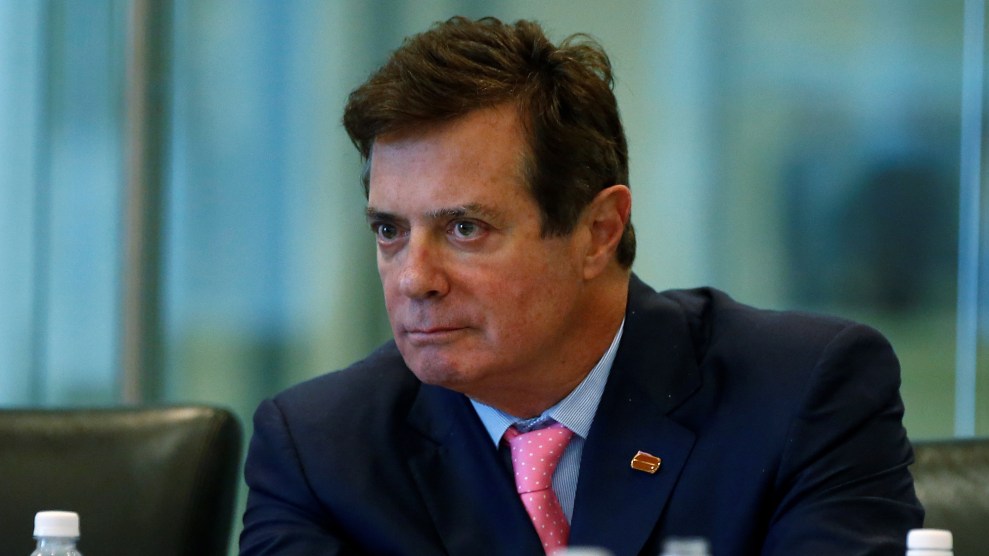 While the directors of the FBI and the NSA were testifying before Congress about Russian meddling in the presidential election, White House Press Secretary Sean Spicer offered some curious spin on the ties between Russia and associates of President Donald Trump.

In a press briefing, Spicer said that Paul Manafort, who performed controversial work for pro-Russian Ukrainian politicians from 2007 to 2012, “played a very limited role [on the Trump campaign] for a very limited amount of time.”

In fact, Manafort was involved with the campaign from March to August 2016 and served as campaign chairman starting in June, after campaign manager Corey Lewandowski was fired. He resigned in August after the New York Times reported on his ties to Russia. After he resigned, Trump’s son Eric called him “amazing,” and Trump himself thanked Manafort for “his great work in helping us to get where we are today, and in particular his work guiding us through the delegate and convention process.”

Even after his resignation, Manafort was reportedly “heavily involved with staffing” Trump’s incoming administration. The Daily Beast reported that he was talking to Trump every day during the transition.

Spicer also tried to downplay some of the other contacts between Trump associates and Russian officials. “There was a discussion, I heard some names [thrown] around before, that were hangers-on around the campaign,” Spicer said. “At some point, people that got thrown around at the beginning of this hearing, some of those names, the greatest amount of interaction that they’ve had is have cease-and-desist letters sent to them.” In response to a subsequent question, Spicer said he was referring to Roger Stone and Carter Page. Stone is a longtime informal Trump adviser who remains an ardent Trump booster and claimed a legal back channel to WikiLeaks’ Julian Assange. Page was an unpaid foreign policy adviser to the Trump campaign who had extensive ties to Russia and met with Russian officials.

Spicer also seemed to downplay the role that retired Lt. Gen. Mike Flynn played in the campaign, referring to him as a “volunteer.” Flynn was one of Trump’s key national security advisers during the campaign and was reportedly one of several people Trump brought along to national security briefings he received in the run-up to the election. Flynn was reportedly a “regular presence” at Trump campaign events and was on the short list for vice president. Trump named Flynn national security adviser after he took office. Flynn lasted just 24 days before he was forced to resign after it was revealed that he misled Vice President Mike Pence about his communications the Russian ambassador to the US during the transition period.

Later in the briefing, Spicer said that he wasn’t “dismissing Paul Manafort as a hanger-on,” but he added, “For the entire final stretch of the general election, he was not involved. So to start to look at some individual that was there for a short period of time or, separately, individuals who really didn’t play any role in the campaign, and to suggest that those are the basis for anything, is a bit ridiculous.”