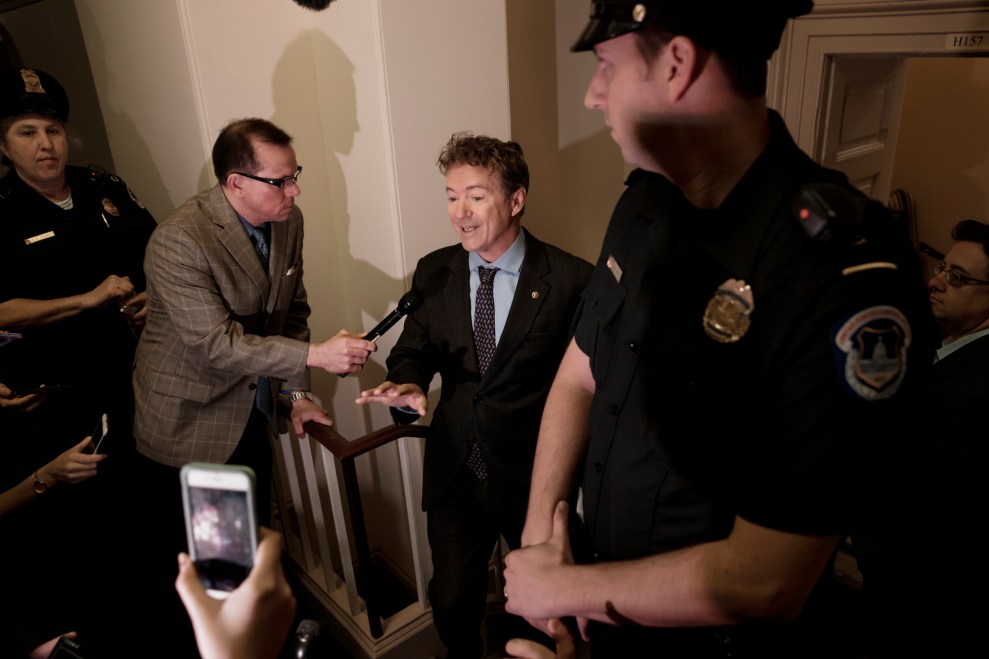 Congressional lawmakers are scrambling to get their hands on the latest draft legislation to repeal and replace the Affordable Care Act, after top Republicans moved to keep the new proposal out of sight and “under lock and key” in the basement of Congress.

Bloomberg reports the draft legislation will likely be reviewed by only members of the House Energy and Commerce panel Thursday, but physical copies of it will not be distributed for other lawmakers or the general public.

The extraordinary effort to conceal the contents of the latest replacement plan comes amid intense debate within the GOP over the extent to which the healthcare law should be changed: some favor a full repeal, while others in the party advocate keeping certain parts of the law intact. The current secrecy is also likely a response to last Friday’s leak of a now outdated version of the proposal.

Sen. Rand Paul (R-Ky.) joined several other lawmakers on Thursday for the frantic search to find the draft bill:

I have been told that the House Obamacare bill is under lock & key, in a secure location, & not available for me or the public to view.

I am heading to the secure location where they are keeping the House obamacare bill. I will demand a copy for the American people.

One member compares this to an egg hunt. This being finding the Obamacare bill. pic.twitter.com/f89hZl5121

Rep. Steny Hoyer (D-Md.) was even spotted lamenting to a bust of President Abraham Lincoln during the hunt:

I am watching a @MEPFuller Periscope of House Minority Whip Steny Hoyer talking to a bust of Lincoln about the House GOP Obamacare bill pic.twitter.com/V67CrR4ZBh

The spectacle on Thursday follows a wave of rowdy town halls across the country, where thousands of protesters packed into public meeting spaces to complain to Republican lawmakers about dismantling Obamacare. Several Republican lawmakers have since voiced serious concern over repeal efforts, and the potential fallout such a repeal could have on their political futures.

The secretive, hurried process to repeal and replace Obamacare also has its ironies; Republicans were furious with Democrats for what they saw as a rushed effort starting in 2009 to pass the healthcare law without any GOP input.