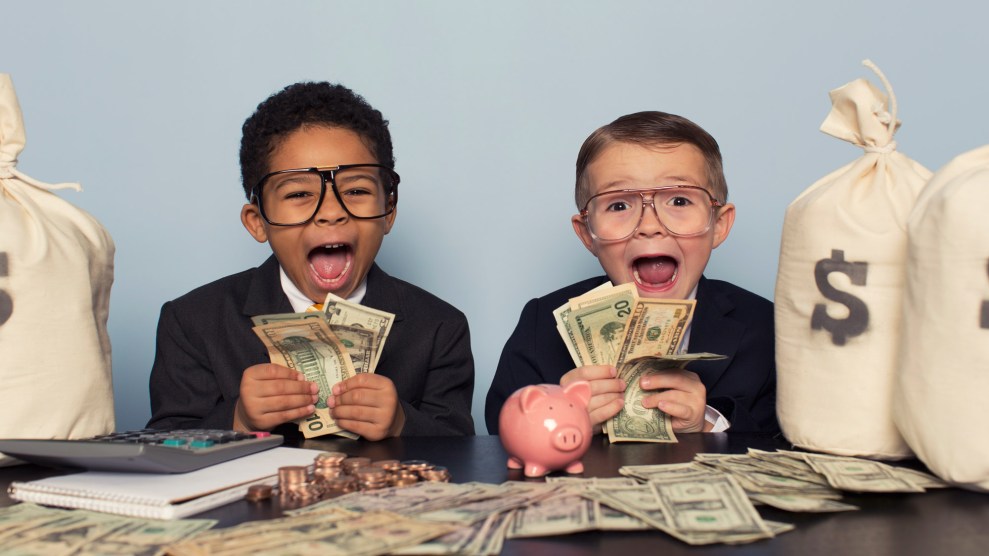 One of the most expensive school board races in recent memory is about to get even pricier.

After a campaign in which charter school boosters spent $3 million and unions dropped another $2 million to control the seven-person board of the nation’s second-largest school district, two races were pushed into a May runoff on Tuesday night. Board president Steve Zimmer, who is backed by the Los Angeles teachers’ union, will face off against charter-backed Nick Melvoin, a teacher and attorney who finished in second place with 31 percent of the vote. Kelly Gonez, a seventh-grade teacher at Crown Preparatory Academy, a charter school in south Los Angeles, will go against union-supported Imelda Padilla. Meanwhile, incumbent charter ally Mónica García won her district with 58 percent of the vote. (Heading into the election, the board leaned 5-2 against charter schools.)

All told, $6.7 million in outside spending has so far poured into the three Los Angeles school board races.

All told, $6.7 million in outside spending has so far poured into the three school board races, according to Los Angeles Ethics Commission campaign finance data. Most of that comes from charter school support groups and labor unions; while Los Angeles limits individual contributions to $1,100, people can contribute an unlimited amount to independent expenditure committees. Former Mayor Richard Riordan, for example, gave $1 million to a political action committee aimed at unseating Zimmer. (As mayor in 1999, Riordan spent $1.4 million on candidates, with two of the four whom Riordan backed winning seats on the board.)

Los Angeles is considered a key battleground by charter supporters like philanthropist Eli Broad, who floated a confidential plan calling for doubling the number of charters in the district over the next eight years. And this isn’t the first time that outside groups broke the bank on LAUSD school board elections: In 2013, total spending on three races surpassed $6 million, including a $1 million donation from then-New York City Mayor Michael Bloomberg. That year, Zimmer and García won their races, while union-backed teacher Mónica Ratliff upset Antonio Sanchez with a sparsely financed campaign.

While the spending in LA is extreme—especially given the anemic 11.3 percent voter turnout Tuesday—it’s not uncommon for outside groups to try to influence local school board elections. In a study published last August, researchers at Michigan State University and Columbia University examined more than 16,000 campaign contributions in school board races in five cities between 2008 and 2013. They found that spending from outside donors was widespread and noted that wealthy out-of-state donors, linked to education reform groups, tended to support reform-minded candidates—and often competed against union-backed candidates.

“In the long run…I would expect this to continue to occur,” says Sarah Reckhow, a Michigan State assistant professor who co-authored the report. “[Donors] believe that this is good policy, and they care a lot about education—and they feel as very rich people, this is how they are going to use their power.”