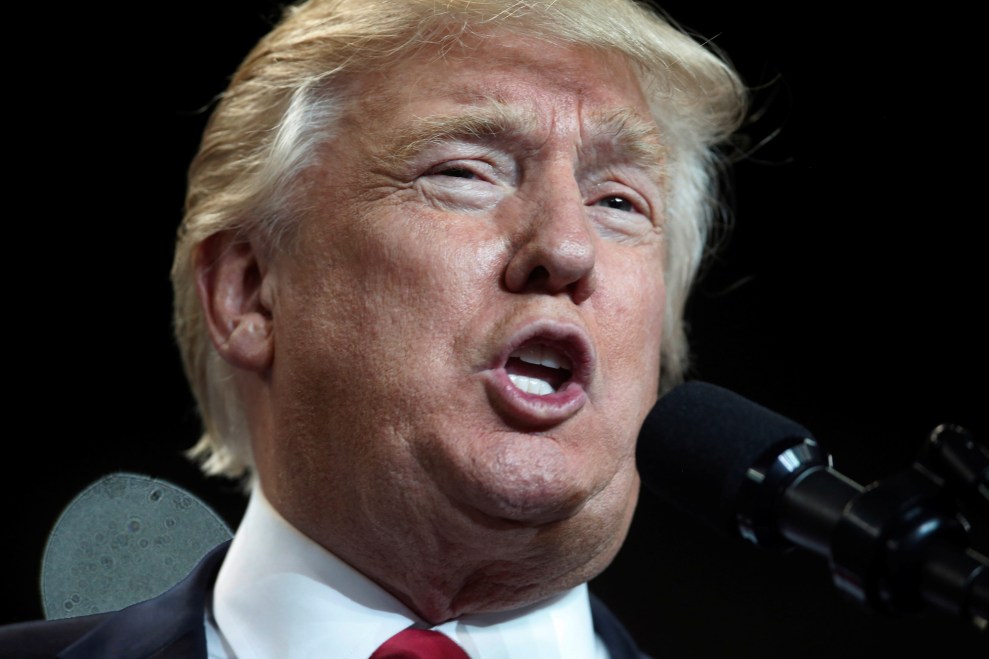 As President Donald Trump continues to attack the press and cling to baseless wiretapping accusations, a new poll released this week reveals the American public may not accept the president’s version of the truth, with 60 percent of those polled describing Trump as dishonest.

Despite the eroding support, the president appears unfazed, even emboldened, by his critics. When asked by Time about his previous theories, including the unfounded claim that 3 million people voted illegally in the 2016 election, Trump repeatedly refused to relent. “Well I think I will be proved right about that too,” he said in an interview published Thursday.

As for the wiretapping allegations, Trump argued that his widely criticized tweet storm accusing Barack Obama of ordering a wiretap of Trump Tower was acceptable because he used quotations in his social-media posts.

“Because a wiretapping is, you know, today it is different than wiretapping,” he explained. “It is just a good description. But wiretapping was in quotes. What I’m talking about is surveillance.”

But Trump’s most alarming observation occurs at the conclusion of the interview, after he blasts any numbers that contradict his personal statistics (“My statistics are even better.”) In the end, he insists his version of events is the real truth because, after all, he’s sitting in the Oval Office.

Trump tells Time, “Hey look, in the meantime, I guess, I can’t be doing so badly, because I’m president, and you’re not. You know. Say hello to everybody, OK?”