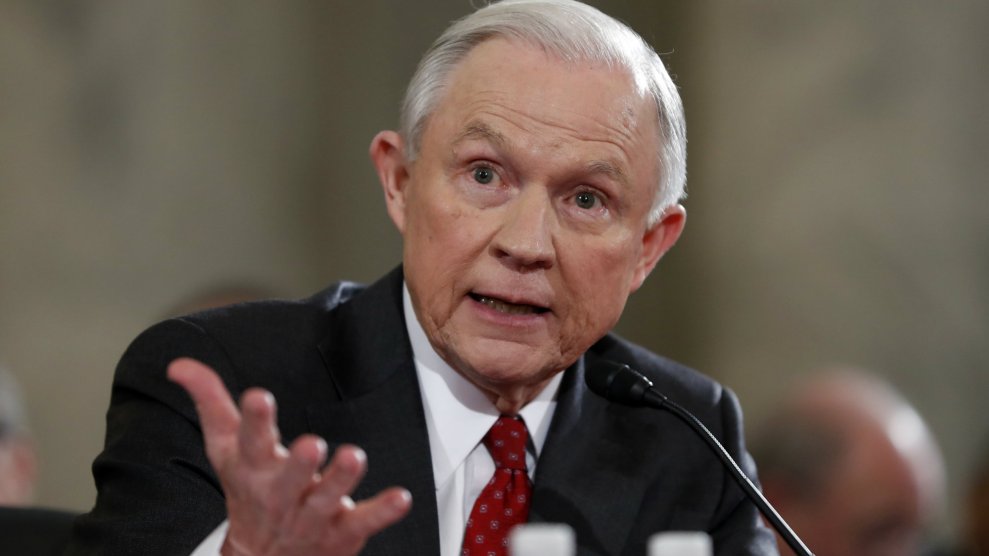 Late Wednesday night, the Washington Post broke the news that Attorney General Jeff Sessions had twice met with Russian Ambassador Sergey Kislyak during the presidential campaign, contacts he failed to disclose during his Senate confirmation hearings. “I did not have communications with the Russians,” said Sessions during his sworn testimony. As a growing list of lawmakers call for Sessions to recuse himself from the investigation into Russia’s meddling in the 2016 election—and some Democrats demand his resignation—an open question remains: Can Jeff Sessions be prosecuted for perjury?

The answer is not exactly cut and dry. At the time of his confirmation hearings, Sessions was still serving as a senator from Alabama. The Constitution’s Speech or Debate Clause shields lawmakers from prosecution for lying during proceedings in the House or Senate. The clause was written with the intent to foster debate in Congress without the threat of lawsuits stifling discussion. So, since Sessions was a sitting Senator when he allegedly misled Congress, does that mean he’s off the hook? Mother Jones put the question to three constitutional law experts.

“There might be other things he can be prosecuted for,” says Josh Chafetz, a law professor at Cornell University, referencing laws that allow Congress to hold individuals in contempt for providing false testimony. But, says Chafetz, Sessions can’t be prosecuted for perjury.

Harvard law professor Laurence Tribe sees it differently. “That would be a laughable misuse of the Speech and Debate Clause,” he says. “He was testifying under oath as an [attorney general] nominee, not in the discharge of any Senatorial business of his own.”

Yale Law professor Bruce Ackerman says he’s inclined to believe that Sessions is not protected by the clause. Still, Ackerman says there’s no decisive case law on the issue, which muddies the waters. “Only one thing is clear,” he says, “Sessions must recuse himself, and it is incumbent on the Administration to appoint a special prosecutor.”