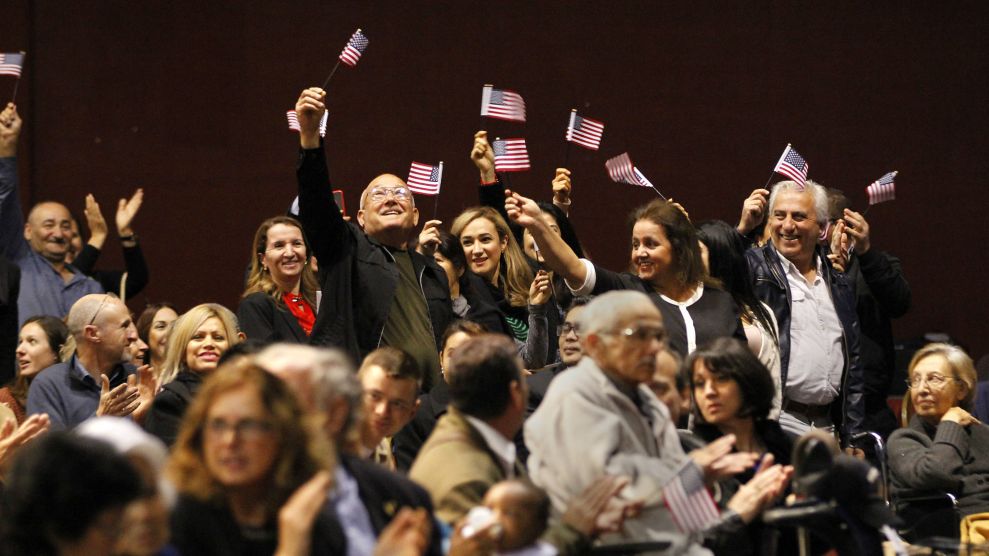 President Donald Trump’s opposition to illegal immigration is well known. But since his inauguration, he has also attempted to overhaul legal immigration, most notably with his executive order barring travel and immigration from seven predominantly Muslim countries. Speculation about other ways the president could restrict legal immigration have been fueled by his statements as well as leaked draft memos. Additionally, there are concerns surrounding potential conflicts of interest between the president’s businesses and his immigration policy, since some of the Trump’s companies rely upon visas that he now controls.

Here are some of the visas issued by the US government and what we know about Trump’s plans for them:

EB-5: The “millionaire” or “investor” visa
EB-5 holders are required to make a minimum business investment of $1 million (or $500,000 in a “high unemployment” or rural area), creating at least 10 jobs. This visa is controversial: Some argue that it allows foreigners to buy citizenship. Others suggest that these visas are processed too quickly, potentially opening the door to money laundering and other security risks. Earlier this month, Sens. Diane Feinstein (D-Calif.) and Chuck Grassley (R-Iowa) cosponsored a bill to end the program.

As Bloomberg reported, Trump’s son-in-law and senior advisor, Jared Kushner, owns an apartment complex that has taken $50 million in EB-5 funds, mostly from Chinese investors. Trump has not commented on this visa program.

H-1B: Highly Skilled worker visa
H-1Bs allow foreigners who work in a “specialty occupation,” such as technology, engineering, mathematics, or business, to work in the country for three years. (They may renew their visas an additional three years so long as they remain employed.) The worker must have an employment agreement with an American company. The number of H-1Bs is capped at 85,000.

Trump’s stance on H-1Bs has varied. He used harsh language about them on his website, but then in a campaign debate said, “I’m softening the position [on his website] because we have to have talented people in this country.” He then hardened his position again in a press release, stating that “I will end forever the use of the H-1B as a cheap labor program, and institute an absolute requirement to hire American workers first for every visa and immigration program. No exceptions.” In his inauguration speech, Trump said, “We will follow two simple rules; buy American and hire American.” This has raised questions about how a “hire American” requirement might impact American businesses that rely on skilled foreign employees, particularly Silicon Valley.

According to a draft executive order obtained by Bloomberg, Trump has plans to overhaul this visa program. The draft order sparked a wave of panic in India’s technology sector, whose workers are the top recipients of H-1Bs. According to executive order drafts leaked to Vox, one of the ways Trump could alter this visa would be to stop the spouses of H-1B holders from working in the United States and restricting these visas to companies that are “the best and the brightest,” which presumably means only largest and most successful American companies.

First Lady Melania Trump originally worked in the United States on such a visa, and has cited it as proof that she immigrated legally and that others should follow her example. Trump’s modeling agency, Trump Model Management, has benefited from hiring foreign models using this visa. However, as Mother Jones reported last year, some of the company’s models say they came to the United States on tourist visas, which did not allow them to work legally. A Trump Organization executive did not deny the claims.

H2: Seasonal worker visa
H2s allow companies to temporarily hire agricultural workers or other workers without advanced degrees, such as waiters and housekeepers, provided that employers prove that they could not fill these position with citizens.

According to the Washington Post, Trump’s vineyard in Charlottesville, Virginia, recently applied for six H-2A visas. As BuzzFeed reported last week, the vineyard applied for nearly two dozen more earlier this month. Similarly, Trump’s Palm Beach Mar-a-Lago resort requested 78 H2B visas for foreign servers, housekeepers, and cooks. When asked about this at a debate last March, Trump said, “It’s very, very hard to get people. But other hotels do the exact same thing…There’s nothing wrong with it. We have no choice.” Perhaps that was a signal that he’ll leave this visa alone.

F-1: Student visas
These visas allow students to travel to the United States to study at high schools, universities, seminaries, and other educational institutions.

Many students with F visas have been affected by the travel ban. As Mother Jones has reported, many college students were stranded by the ban while returning from winter break. Four thousand Iranian students will be affected should the ban remain in place. Fortune estimates that US colleges could lose $700 million annually if these students’ tuition money dries up. Though Trump hasn’t spoken specifically about changes to student visas, during his campaign, he has called for ending the J-1 visa program for visiting scholars and professors.

O-1: The “artist” or “genius” visa
This visa allows “individuals with extraordinary ability or achievement” to come to the United States to work in their field of expertise. This visa covers everyone from athletes and musicians to famous authors and Nobel Prize-winning scientists. (Athletes who are entering for a specific competition may enter on a P-1 “athlete’s visa.”)

If Trump’s travel ban is upheld, celebrities from the seven specified countries could be affected. International disapproval of the ban could affect major events, such as  Los Angeles’ bid for the 2024 Olympics, which will be decided in September. According to ESPN, international soccer officials’ disapproval of the president’s travel ban could affect the United States’s chances of hosting the World Cup in 2026.