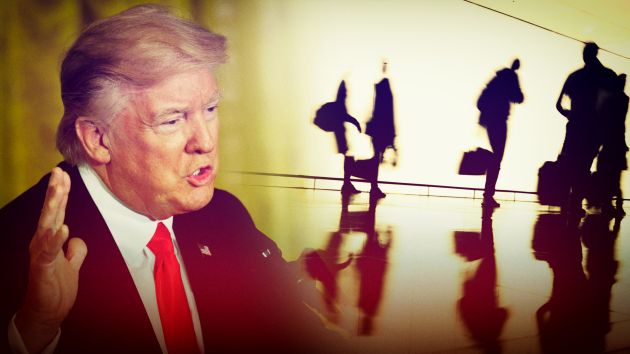 On Friday, a federal judge in Seattle put the brakes on Donald Trump’s widely-reviled “Muslim Ban.” The next day, Trump attacked the judge personally on Twitter. Later Saturday night, an appellate court rejected the government’s request to lift the earlier judge’s stay. So, as of Sunday, Trump’s executive order is not being enforced because multiple judges have found it not to pass legal muster.

In response, the president took to Twitter with what may be some of his more ominous statements yet:

The judge opens up our country to potential terrorists and others that do not have our best interests at heart. Bad people are very happy!

Just cannot believe a judge would put our country in such peril. If something happens blame him and court system. People pouring in. Bad!

I have instructed Homeland Security to check people coming into our country VERY CAREFULLY. The courts are making the job very difficult!

Needless to say, people are not “pouring in.” Only travelers who already had been vetted and issued visas are coming. (It’s really hard to get a visa!) But if America suffers a terror attack, Trump will blame the judicial branch—which, with Congress largely standing pat, happens to be the one real check on his power, just as the founders intended. He’s telling us this in advance.

Trump signaling his intent to blame checks on his power for terrorist attacks is his most explicit threat against our democratic system yet. https://t.co/mn1KCWI3RG