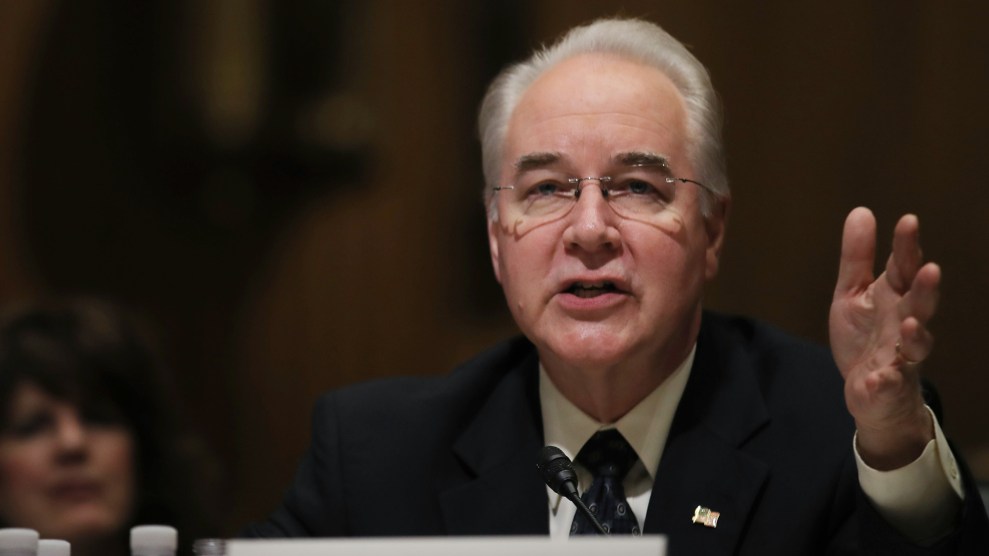 For someone born and raised in Michigan, Tom Price has an unusual penchant for commemorating Southern secessionists and their war to preserve slavery.

Price, President Donald Trump’s nominee to lead the Department of Health and Human Services, moved to Georgia to complete his medical residency at Emory. As he rose through the ranks in state politics—joining the state Senate in 1997 and moving up to the US House in 2005—the former Midwesterner supported measures to promote the Confederate flag in state politics. At one point when he was a state senator, Price sponsored a bill to institute a Confederate history month and called for a flag celebrating the Confederacy to be flown above the state Capitol, and he’s voted against anti-flag measures before the US Congress.

The Confederate flag has a long and complicated history in Georgia. In 1956, the state adopted a flag with a narrow blue band featuring the state seal on the left side and the Confederate battle flag taking up the rest of the design. The flag came two years after the Supreme Court’s Brown v. Board of Education to desegregate schools. “The state was in a desperate situation to preserve segregation,” a 2000 report from the Senate Research Office stated. “Resisting, avoiding, undermining, and circumventing integration was the 1956 General Assembly’s primary objective.” 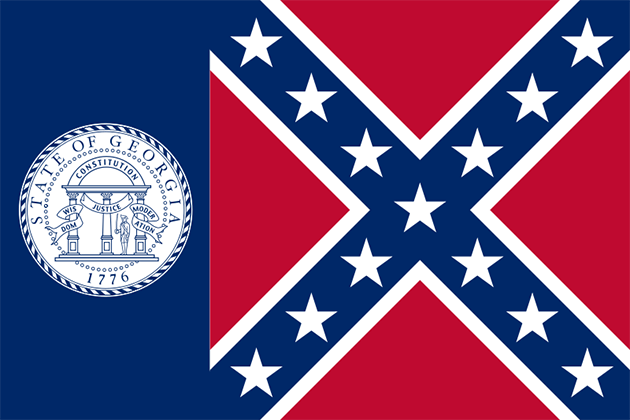 The flag was a regular source of controversy, but it remained in place until 2001, when Democratic Gov. Roy Barnes fought to implement a new design. The new flag scheme didn’t fully abandon the Confederate symbol. The state seal expanded to occupy the majority of the flag, but running along the bottom is a banner documenting “Georgia’s history,” which includes the 1956 flag alongside other historic flags. 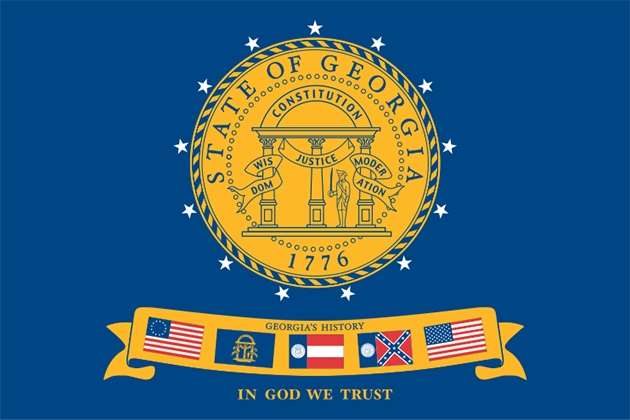 Price seemed inclined to ditch the 1956 design. He introduced an amendment to a bill in 2001 to create a commission to come up with a new compromise design. An article in the Atlanta Journal-Constitution from December notes that Price didn’t hold a personal affinity for the flag. But he still voted against the new design. According to a Journal-Constitution article from 2001, “Price cited Martin Luther King III’s description of the new flag as ‘a good first step’ and predicted opponents of the previous flag would press the issue again within a few years.”

As Price predicted, the 2001 redesign hardly settled debates in Georgia—though it was fans of the old flag who stirred up the fight. Republican Sonny Perdue (now Trump’s nominee for agriculture secretary) challenged Barnes for the governorship in 2002, campaigning against the flag change. He won, and Republicans took control of the state Legislature, making Price the Senate majority leader.

In his new role, Price shepherded through a compromise bill. The 1956 flag wouldn’t be coming back, but the 2001 flag would be abandoned in favor of a new design inspired by the Confederate “stars and bars,” the flag that served as the Confederacy’s first official national flag. 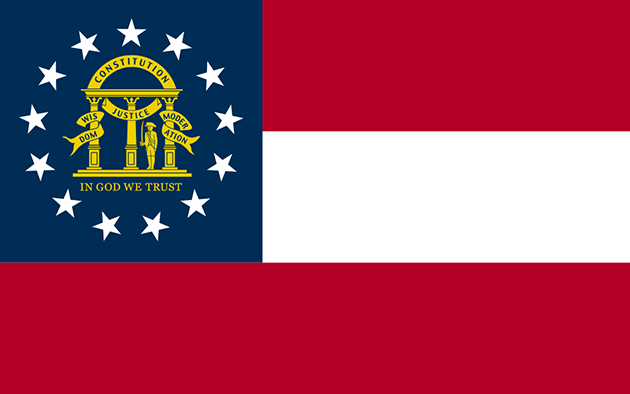 In 2004, Price co-sponsored a bill with five other Republican state senators that included a host of measures to celebrate the history of the losing side of the Civil War. The measure stalled, but had it been signed into law, April would have become Confederate History and Heritage Month in Georgia. (That eventually happened in 2009.) The 1956 flag would have been renamed the “Georgia Memorial Flag,” and it would have been flown above the state Capitol twice a year, on Confederate Memorial Day and Robert E. Lee’s birthday.

Price’s views on the Confederate flag came up briefly during his hearing before the Senate’s health committee last month, when Sen. Tim Kaine (D-Va.) pressed Price on his 2004 bill. “I note that the resolution that commemorated the time of Southern independence mentions nothing about slavery,” Kaine said. Price tried to dodge the inquiry, noting that he hadn’t thought about the topic for a long time. But when pushed, Price said, “Well, I think every heritage has things that are good about it. Every heritage has things that are harmful about it. And I’m happy to answer the specific question: I think slavery was an abomination.”

The Confederate flag has been less of an issue for Price’s political career since he moved to national politics. But in July 2015, when controversy around the use of the Confederate flag in South Carolina attracted national attention, Price joined the vast majority of Republicans who voted down an anti-Confederate flag measure introduced by Democratic House leader Nancy Pelosi. The California congresswoman’s measure would have removed state flags that contain the Confederate battle flag from most parts of the US House side of the Capitol and from House office buildings.