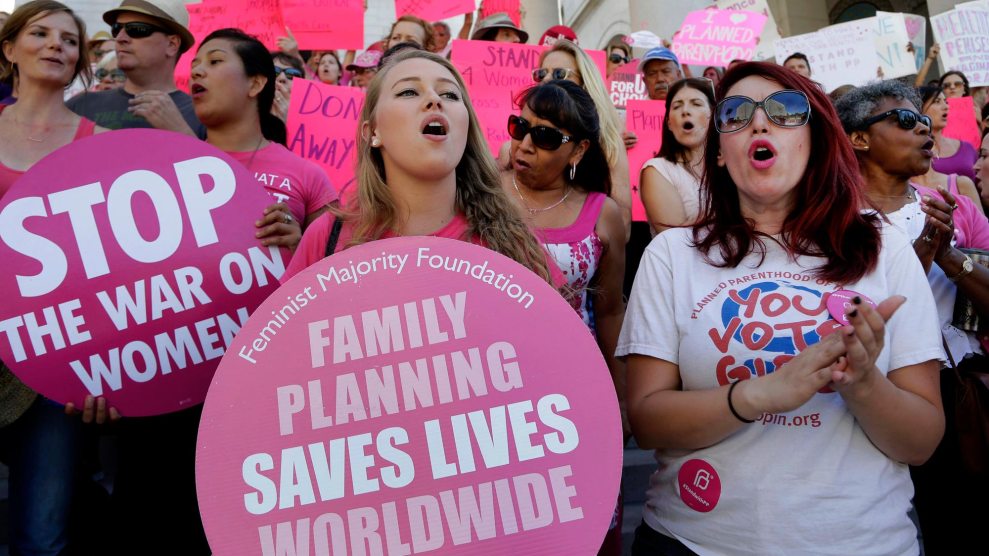 On Thursday afternoon, the House voted to approve a resolution that is widely seen by advocates as a step towards defunding Planned Parenthood. Should it become law, the measure would weaken contraceptive access across the country.

The bill, HJ Resolution 43, allows states to withhold Title X family planning funds—about $300 million distributed to states annually—from providers who also offer abortion care, a group that includes Planned Parenthood affiliates. In December, Obama’s Department of Health and Human Services finalized a rule that anticipated this sort of effort by prohibiting states from withholding Title X family planning money from Planned Parenthood and other providers. This House resolution proposed overturning that HHS rule via the 1996 Congressional Review Act, which allows Congress to repeal new regulations within 60 days of their passage. A version of this bill is also moving through the Senate.

At a House committee hearing earlier this week, Rep. Louise Slaughter (D-N.Y.) called this bill “the most serious threat women have faced so far this Congress.” Rep. Jim McGovern (D-Mass.) called this the Republicans’ “first salvo” in defunding Planned Parenthood.

This development comes on the heels of several actions by the Trump administration and Congress that threaten women’s health care. They include Congressional efforts to repeal the Affordable Care Act’s mandate requiring insurance coverage for contraception; the approval by the House of a bill to codify the Hyde Amendment, which prevents the use of federal funds for most abortions; and Trump’s expansion of the global gag order, which prohibits health providers overseas from receiving any US funding if they so much as mention abortion as an option for patients.

In the last Congress, a broader bill to deny federal funds to Planned Parenthood passed both chambers, but was vetoed by then-President Barack Obama. In contrast, Trump’s campaign said often that defunding Planned Parenthood would be a top priority for his administration.