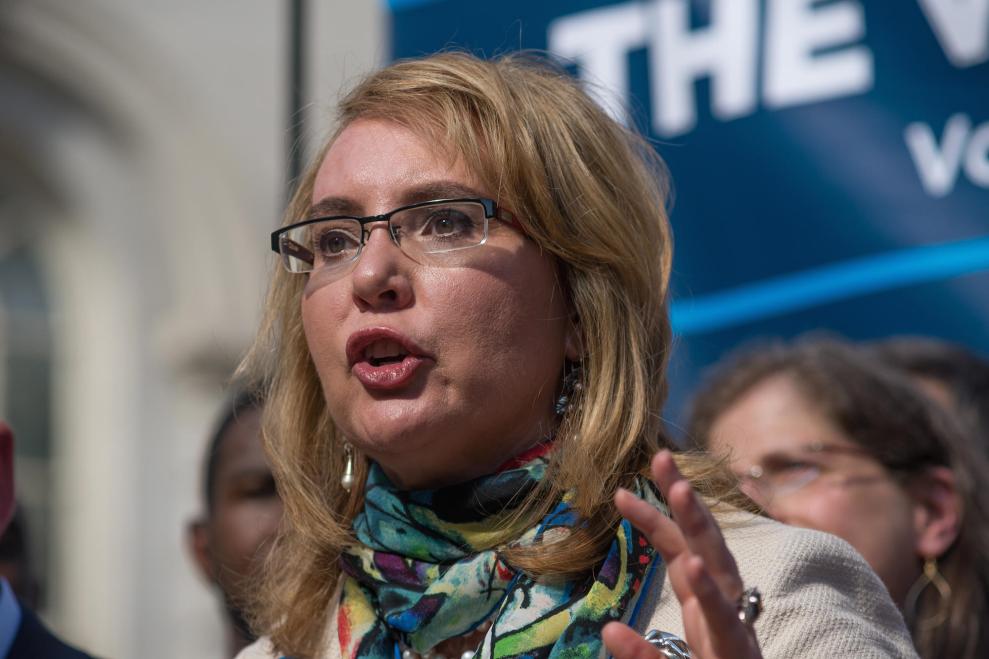 Gabby Giffords, the former Arizona Democratic congresswoman who was shot during a “Congress on Your Corner” event in 2011, slammed Republicans on Thursday for failing to show up to town hall meetings with their constituents out of fear of facing protesters.

“I was shot on a Saturday morning,” Giffords wrote in a statement. “By Monday morning, my offices were open to the public. Ron Barber—at my side that Saturday, who was shot multiple times, then elected to Congress in my stead—held town halls. It’s what the people deserve in a representative.”

“To the politicians who have abandoned their civic obligations, I say this: Have some courage,” she continued. “Face your constituents. Hold town halls.”

The sharp words were a direct response to a controversial statement released earlier by Rep. Louie Gohmert (R-Texas), in which he invoked Giffords’ shooting to defend his decision not to meet with his constituents.

“Threats are nothing new to me, and I have gotten my share as a felony judge,” Gohmert said. “However, the House Sergeant at Arms advised us after former Congresswoman Gabby Giffords was shot at a public appearance, that civilian attendees at Congressional public events stand the most chance of being harmed or killed—just as happened there.”

At a town hall in in Colorado, citizens hold up their state IDs to prove to GOP that they are 100% real constituents pic.twitter.com/t2ABatcfJ4

A number of the protests this week have gained national attention, after thousands of people aired a wide-range of grievances aimed at their elected officials, and shouted chants such as “Do your job!” Complaints have ranged from Republican plans to repeal Obamacare, the selection of Scott Pruitt to head the EPA, and the party’s unwillingness to properly investigate Trump’s ties to Russia and myriad conflicts of interest.