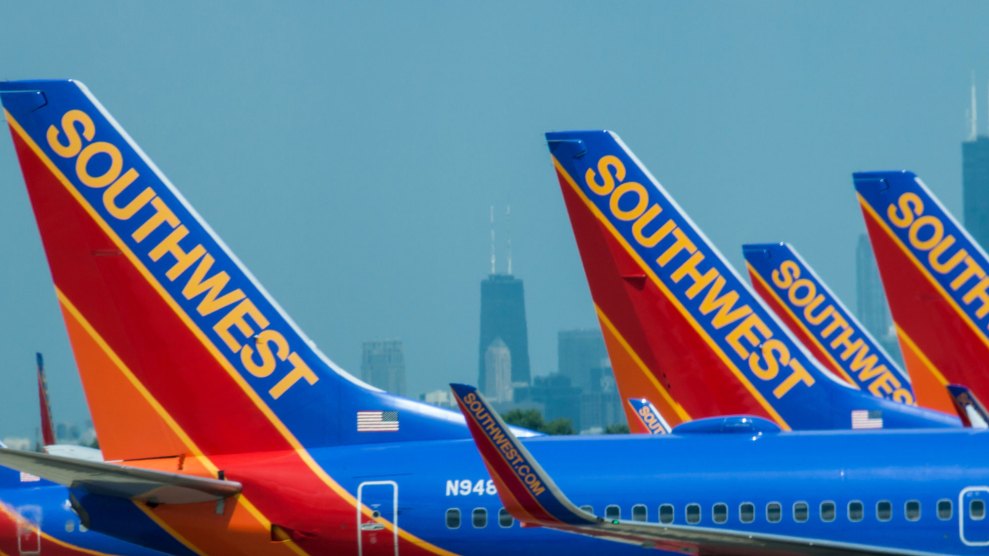 Southwest Airlines is facing criticism for asking the Department of Transportation to grant it landing rights at Mexico City’s international airport because of President Trump’s “America First” policy.

In December, Delta Air Lines and Aeromexico reached an immunity agreement in an antitrust case with the Department of Transportation wherein they agreed to give up four departure and landing slots at New York’s JFK International Airport and 24 slots at Mexico City’s Benito Juárez International Airport. The DoT announced it would reassign the slots to low-cost carriers. Three US Airlines (jetBlue, Southwest, Alaska) submitted applications for some of the slots along with three Mexican airlines (InterJet, Volaris, & (VivaAerobús).

Their reasoning? As pointed out by FlightGlobal’s Ghim-Lay Yeo, appears to be: the President wants to put America first, baby.

Southwest urges the Department to grant all U.S. carrier requests in full before allocating any MEX slots to Mexican carriers. Not only would this be consistent with the Trump Administration’s clearly stated goal to put America’s interests first, but there is no basis for depriving U.S. carriers of scarce MEX slots in order to increase the holdings of Mexican carriers that already have vastly more slots than all eligible U.S. carriers combined.

We reached out to Southwest and will update when we hear back.

You can read the full filing below:

Our filing has nothing to do with politics and has everything to do with a desire to serve more people in the United States and Mexico. Today, U.S. low cost carriers have virtually no access to Mexico City International Airport, the largest airport in Mexico, where Mexican low cost carriers have nearly 100 times as many flights. We believe newly available Mexico City slots should be granted to U.S. low cost carriers as a first priority due to this disparity. Southwest has consistently taken this position in this regulatory proceeding for almost two years, dating back to the previous administration.