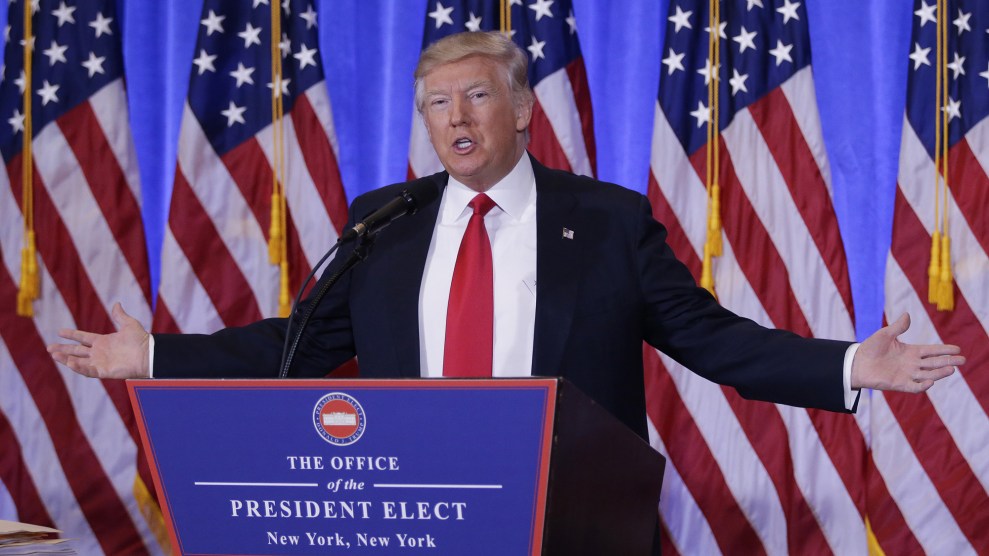 Donald Trump has big plans to reduce the federal budget. The Hill reported on Thursday morning that his transition team has been working off a Heritage Foundation blueprint and pulled together a list of government agencies they hope to wipe out. The plans include privatizing the Corporation for Public Broadcasting (so long, Big Bird), cuts in nuclear physics research at the Department of Energy, and ending money spent on the historic Paris climate agreement. The National Endowment for the Arts will disappear if Trump gets his way. Trump apparently hasn’t told his Cabinet nominees that they’ll soon be in charge of diminished budgets. In total, Trump’s cuts to federal programs would reportedly slice $10.5 trillion in spending over the next decade.

Add to the list of government programs on the possible chopping block: Violence Against Women grants in the Department of Justice. The office that handles those grants had a $480 million budget in 2016. As Twitter user Caroline Q. pointed out, it currently oversees 25 grant programs that help women who have been victims of domestic violence.

Our future president is fond of bragging about how he can get away with sexual assault, and he was accused of rape by his ex-wife. More than a dozen women came forward during the presidential campaign with allegations of sexual assault. Programs that deal with helping women who face violent men may not be high on his list of presidential priorities.