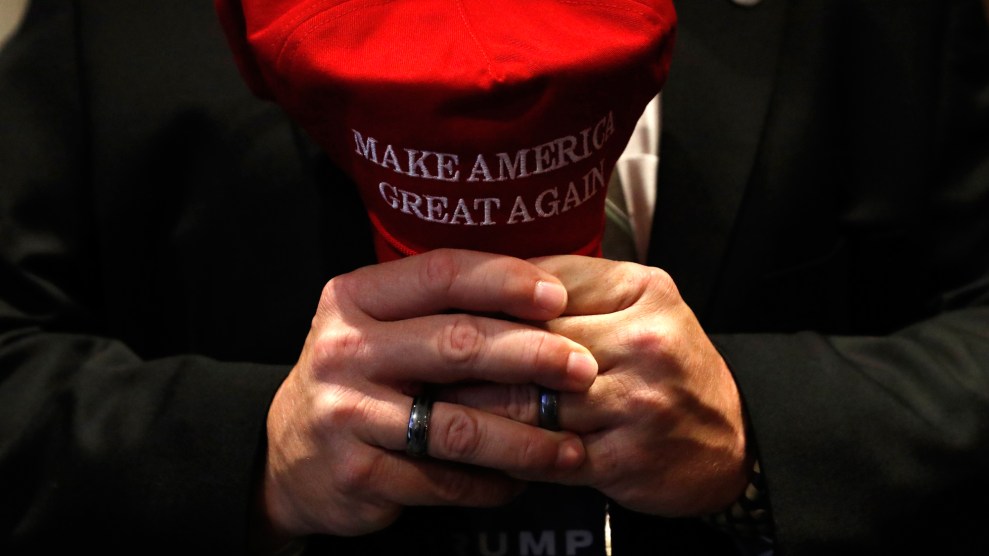 Did you ever wonder why Donald Trump’s “Make America Great Again” slogan took such root among the Republican base? Did it symbolize a return to an age when wages were higher and jobs more secure? Or was it coded racial language designed to signal a rollback to a time when people of color (and women) knew their place? In the soul-searching and recrimination among Democrats after Hillary Clinton’s defeat, both theories have their champions.

But a closer look at conservative rhetoric in recent years reveals that “Make America Great Again” was not Trump’s invention. It evolved from a phrase that became central to the Republican establishment during the Obama years: “American exceptionalism.” People often equate the expression with the notion that God made America “a city upon a hill,” in the words of the Puritan colonist John Winthrop. However, as University of California-Berkeley sociology professor Jerome Karabel noted in a 2011 article, this usage only came into vogue after Barack Obama became president. Previously it was mainly used by academics to mean that America is an exception compared with other Western democracies, for better or worse, as illustrated by its top-notch universities or its bare-bones gun control.

Prior to 2008, “American exceptionalism” appeared in news articles a handful of times a year, but after Obama was elected the references skyrocketed, largely because of a drumbeat from Republicans. Once the tea party wave made John Boehner speaker of the House in 2010, for example, he summarized the growing consensus among Republicans: Obama had turned his back on the Founding Fathers to the point where he “refused to talk about American exceptionalism.” (In fact, in 2009 the president had stated, “I believe in American exceptionalism.”) The phrase’s popularity in GOP talking points—often in attacks on Obama’s “socialist” policies—paralleled the spread of conspiracy theories about his citizenship and supposed jihadi sympathies.

Defending “American exceptionalism” was a theme of Mitt Romney’s 2012 campaign; he blasted Obama for supposedly thinking that “America’s just another nation” destined to become “a European-style entitlement society.” Romney’s campaign co-chair John Sununu added that Obama should “learn how to be an American.” (He later apologized.)

The 2016 Republican presidential candidates and their surrogates sang the same tune. When Fox News pundit Sean Hannity asked Jeb Bush for his thoughts on exceptionalism, Bush replied, “I do believe in American exceptionalism,” unlike Obama, who “is disrespecting our history and the extraordinary nature of our country.” Rudy Giuliani was more explicit. “I do not believe that the president loves America,” he asserted, suggesting Obama did not think “we’re the most exceptional country in the world.” During a speech a month later in Selma, Alabama, the president pointed out that the ongoing fight for civil rights is a cornerstone of what makes America exceptional.

In his book Time to Get Tough: Making America #1 Again, Trump, too, framed his agenda as a defense of “American exceptionalism.” “Maybe my biggest beef with Obama is his view that there’s nothing special or exceptional about America—that we’re no different than any other country.” Trump later adopted a catchier slogan, “Make America Great Again,” but it retained the nativist overtones and racial dog whistles of the first. Paired with Trump’s open conspiracy-mongering about Obama’s forged birth certificate and supposed Muslim faith, it amplified and dramatized the Republican establishment’s slyer assertions about Obama’s un-American values.

Trump would eventually abandon dog whistles in favor of blunter race-baiting. What remains to be seen is whether he and the Republican establishment will continue flashing the “exceptionalism” signal in the post-Obama years—to paint new opponents as un-American—or whether that language was uniquely deployed to delegitimize the nation’s first black president. At the very least, it provided fertile ground for Trumpism.