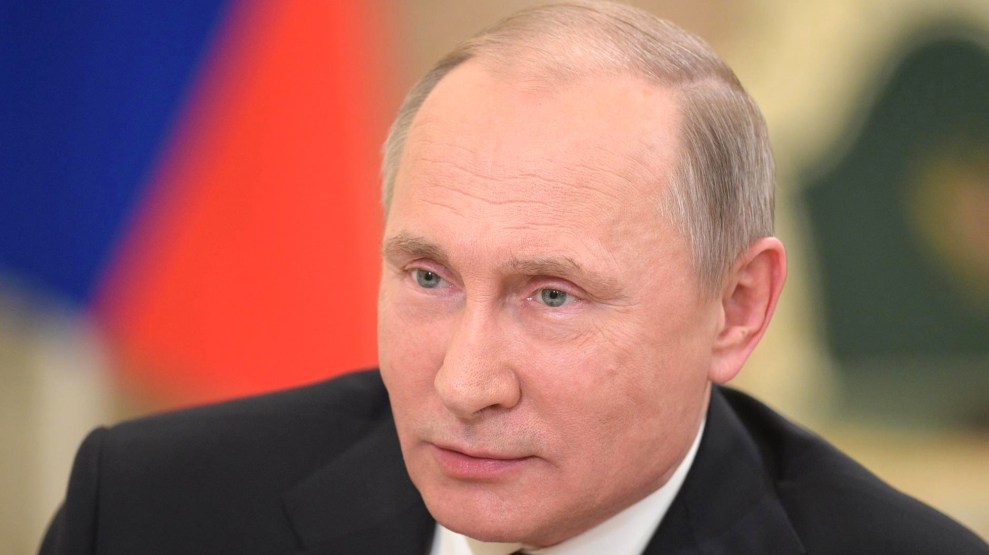 As the leaks from US security agencies continue to mount, so does the evidence that the government is increasingly certain that hacks of political communications during the presidential election can be traced to the highest levels of the Russian government—including President Vladimir Putin.

The latest leak, reported Wednesday night by NBC News, alleges that Putin was personally involved in directing Russia-connected hackers on how to use the hacked material. The Russian government has consistently denied the accusations. In response to the latest allegations, a Russian government official in Moscow told NBC’s Richard Engel that Western media “have gone beyond the reach of reason.”

The NBC report comes on the heels of a New York Times report laying out the most detail to date on how the hack of the Democratic National Committee unfolded and an earlier Washington Post story reporting that the CIA had concluded that the Russian government was trying to help Donald Trump win the election.

At the same time that the Russian government has denied hacking the DNC and trying to sway the US election, senior Russian government officials are seeking to increase punishments for hackers caught attempting to attack Russian infrastructure.

A bill was introduced into the lower house of the Russian legislature on December 6 that would amend the country’s criminal code to increase penalties for people tied to hacking. The measure, reported last week by the Hacker News, would punish those caught creating and distributing “programs or information” that could be used to destroy, block, or copy data from Russian computer systems with fines between 500,000 and 1 million rubles (roughly $8,000 to $16,000) and up to five years in prison, even if the creator of the software isn’t personally involved in any hacks. People found to have been part of a serious hacking operation would be subject to up to 10 years in prison under the new law. Hackers who get their hands on privileged information are subject to fines of up to 2 million rubles ($32,300) and six years in prison.

The bill was proposed by Russian Prime Minister Dmitry Medvedev after Putin recently “signed an updated doctrine on Russia’s information security,” according to the Hacker News report. Russian media outlet Lenta reported that Putin’s new doctrine on Russia’s information security is part of the country’s desire to avoid international conflict in cyberspace. The doctrine claims that there has been an increase in foreign media reports “containing a biased assessment of the Russian Federation’s state policies.”