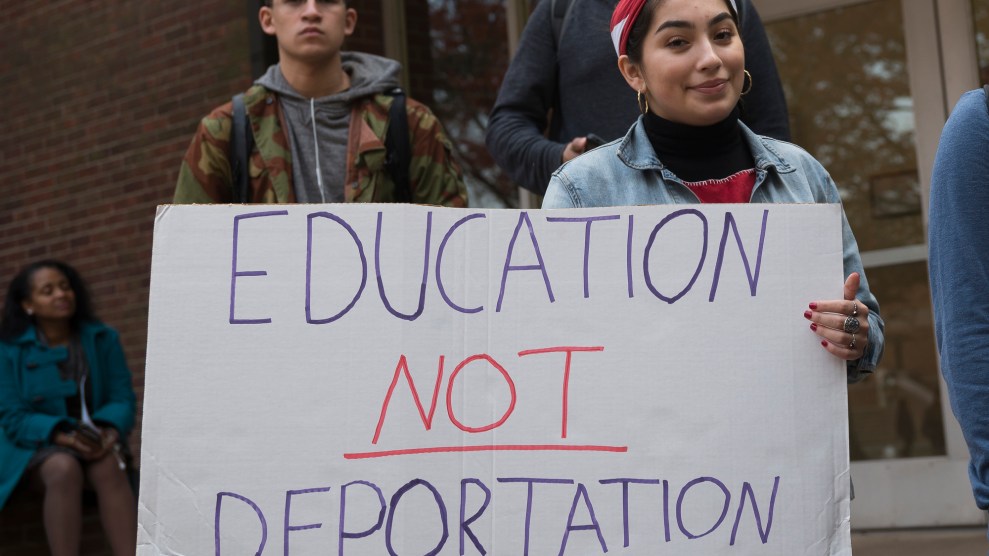 Concerned by the hateful rhetoric that has accompanied President-elect Donald Trump’s transition to the White House, a group of 1,200 historians and other scholars have put out a powerful statement urging Americans to stand guard against civil rights abuses.

“Looking back to history provides copious lessons on what is at stake when we allow hysteria and untruths to trample people’s rights,” the scholars wrote. “We know the consequences, and it is possible, with vigilance and a clear eye on history, to prevent tragedy before it is too late.”

The statement was first created by three associate professors at Northwestern University, Oberlin College, and the University of Kansas who were alarmed about parallels between the current political climate and instances throughout history when Americans’ rights have been suspended, like during World War II. They originally planned to collect signatures from a small group of scholars and then publish a letter or an op-ed, says Shana Bernstein of Northwestern, one of the organizers, but interest spread quickly as they reached out to their networks.

Historians from a range of institutions signed on, including those from Harvard, Yale, Stanford, and many other elite universities, as well as independent scholars. Among the signatories were six Pulitzer Prize winners, a MacArthur “Genius” award recipient, five Bancroft Prize winners, and at least 12 Guggenheim Fellows. “I continue to receive inquiries about signing the letter, from people both inside and outside academia,” Bernstein says, noting that they only included scholars of US history and related fields.

Their statement raises concerns about an increase in harassment of minorities since the election, as well as Trump’s proposal to create a registry that tracks Muslims in the United States. “While we find ourselves in a distinct moment compared to World War II and the Cold War, we are seeing the return of familiar calls against perceived enemies. Alarmingly, justifications for a Muslim registry have cited Japanese American imprisonment during World War II as a credible precedent, and the Professor Watchlist—which speciously identifies ‘un-patriotic professors’—is eerily similar to the communist registry of the McCarthy era,” they wrote, referring to a new website that accuses college professors of pushing “leftist propaganda.”

“All of us are deeply concerned about the talk of registering Muslims, breaking up immigrant families by deporting and interning undocumented parents, limiting speech on campuses and by cracking down on peaceful protest, and the damaging effects of rolling back civil rights, workers’ rights, immigrant rights, and the rights of gay, lesbian, bisexual, and transgender Americans,” Annelise Orleck, a history professor at Dartmouth College who signed the statement, tells Mother Jones. “We are the people who know well the times in American history when there have been wholesale violations of civil and human rights, when our intelligence agencies have exceeded their constitutional mandate and conducted secret surveillance of American citizens who are simply exercising their rights. We are saying that it is naive to assume that ‘it can’t happen here.'”

Check out the full statement below.