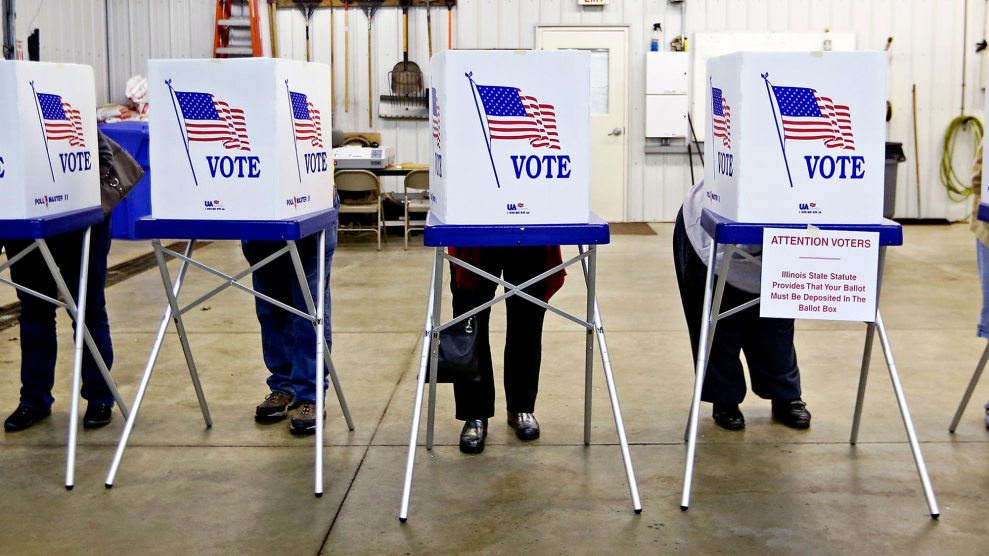 In the run-up to Election Day, Donald Trump’s campaign stoked fears of widespread pro-Hillary voter fraud, often calling the election “rigged” and even claiming there is a major problem with undocumented immigrants voting. (Non-US citizens cannot vote.) On his website, Trump encouraged his supporters to sign up to be “Trump election observers,” and on Tuesday some of them appeared to take him up on his offer.

We’ve seen reports of Trump supporters potentially intimidating voters by blocking polls in Coral Gables, Florida, and the Trump campaign filed a lawsuit in heavily Latino Clark County, Nevada, alleging that the polls were improperly kept open two hours late during early voting—even though it’s typical for polls to stay open late to accommodate those who got in line before the official poll closing time.

But one Texas man took Trump’s efforts to combat voter fraud to a whole other level. He decided to test the system by attempting to vote twice, which actually would be engaging in voter fraud. According to the Fort Bend County Sheriff’s Office:

Arrest: We can confirm 1 arrested for attempting to vote a second time. Claimed he worked for Trump and was testing the system.