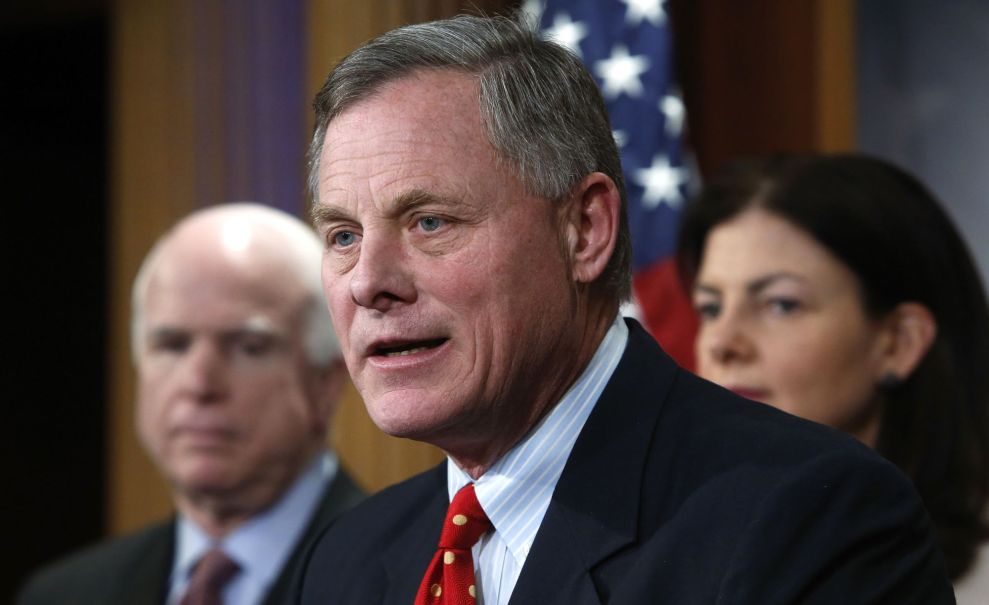 Two-term incumbent Richard Burr will keep his Senate seat this year, edging past challenger Deborah Ross, a former state representative and director of the state American Civil Liberties Union, by 6 percentage points. Burr’s win means the Republican Party will add a crucial seat to maintain its slim majority in the Senate. Burr currently chairs the Intelligence Committee and has been in office since 2005.

“Thank you North Carolina! Honored to continue serving as your Senator,” Burr tweeted.

North Carolina was a battleground race this year, with Republicans facing backlash against the state’s transgender bathroom bill and restrictive voting rights laws. Ross emerged as an unexpected challenger to Burr, who was slow to hit the campaign trail while Ross aggressively visited counties across the state. Outside groups, including the National Rifle Association and the Senate Leadership Fund, a Republican super-PAC, have poured more than $50 million into the campaign, making it one of the most expensive senate races in the state’s history. Despite an aggressive campaign from Ross, exit polls show Burr won a decisive majority of votes from Republicans and a little more than half of independent voters. The AP called the race at 10:34 p.m., one of the first North Carolina races to be called.

Burr’s win cements continued Republican leadership in the state, where the GOP has dominated the state House and Senate since 2010.