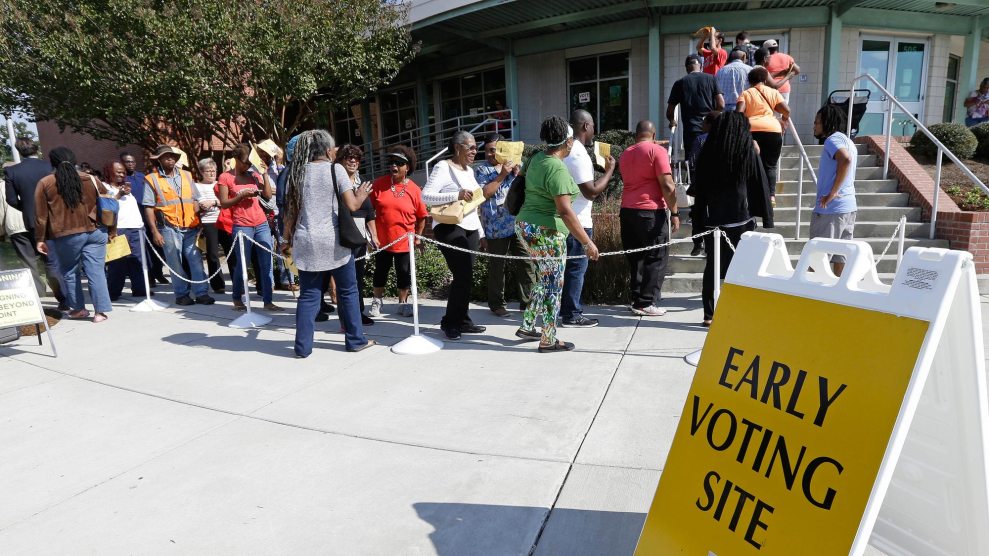 The Justice Department announced in July that due to the Supreme Court’s 2013 decision gutting several sections of the Voting Rights Act, it had to slash its number of election day poll monitors to just a handful of observers in five states. On Monday morning, the department reversed this decision, announcing that it will deploy more than 500 election monitors to 67 jurisdictions in 28 states. This brings the Justice Department’s election-monitoring capacity nearly back up to 2012 levels, when it sent more than 780 observers to 23 states.

“The bedrock of our democracy is the right to vote, and the Department of Justice works tirelessly to uphold that right not only on Election Day, but every day,” said Attorney General Loretta E. Lynch in a statement. “The department is deeply committed to the fair and unbiased application of our voting rights laws and we will work tirelessly to ensure that every eligible person that wants to do so is able to cast a ballot.”

The election observers will be keeping an eye on whether voters are subject to different voting procedures “on the basis of race, color or membership in a language minority group,” whether counties are complying with provisions of the Voting Rights Act relating to foreign languages, and whether jurisdictions are properly providing access to voters with disabilities.

Several of the areas where the Justice Department is sending election monitors have already seen reports of voting problems. The department announced it will be sending monitors to three counties in Ohio, a state where the Trump campaign’s voter intimidation tactics are already the subject of a lawsuit that is now before the US Supreme Court. The Justice Department said it will also send monitors to Harris County, Texas, where some areas have had reports of poll workers incorrectly telling people that a voter ID is required.