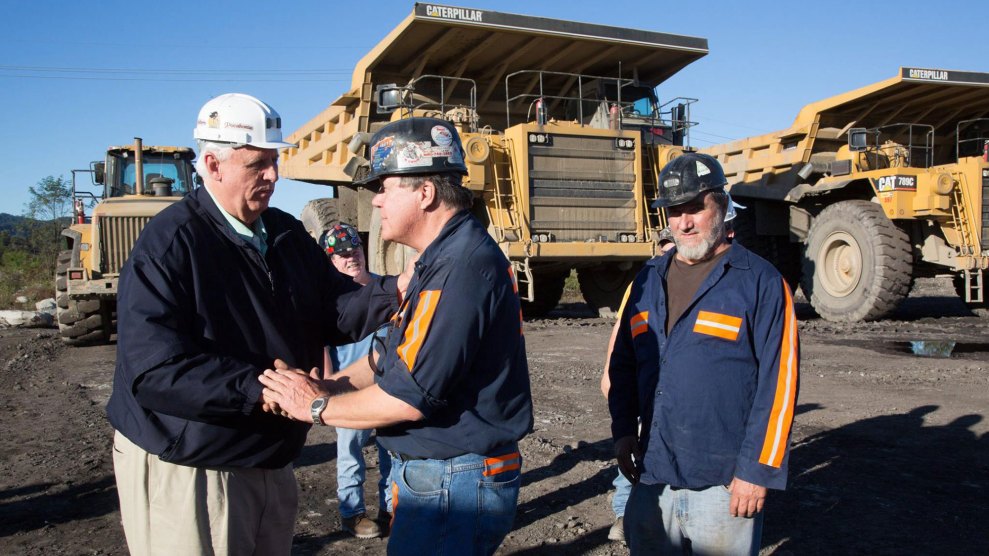 A celebrity-loving billionaire casino magnate with a history of not paying taxes easily won his election on Tuesday. No, not that one.

Democrat Jim Justice, the richest man in one of the nation’s poorest states, was easily elected the next governor of West Virginia, cruising past Republican Bill Cole even as Donald Trump carried the state by an overwhelming margin.

Justice won by following a new formula. He boasted the endorsements of football legends (the retired coaches of West Virginia University and Marshall University, respectively), and as evidence of his skill as an executive, pointed to his success at turning around a storied resort. Justice’s answer to Mar-a-Lago was the Greenbrier resort in his hometown of White Sulphur Springs, which he acquired in 2009 and began sprucing up, luring an annual PGA golf tournament. Able to self-fund his campaign, he avoided embarrassing statements and missteps and positioned himself as critic of special interests and government waste who promised to shake up Charleston. (Unlike Trump, he could draw on a reputation as a hometown kid made good, a billionaire who still found time to coach his hometown’s boys and girls’ high school basketball teams.)

He also ran as an unabashed counterweight to national Democrats. He questioned whether climate change was in fact man-made (“I believe there’s an awful lot of scientist that say, ‘No, no, no, this is just smoke and mirrors.'”), promised to work to revive the lagging coal industry, and said he wouldn’t vote for Hillary Clinton. In October, National Public Radio reported that Justice owed $15 million in back taxes. The same report found that Justice had stiffed charities he’d promised money to. Before he’d even entered the race, Justice was dogged by revelations that his companies owed millions of dollars in fines for mine safety violations.

The West Virginia governor’s race isn’t the highest profile of contests, but in the year of Trump, it’s a reminder of just how easy it is for a determined billionaire to take over a government—if he doesn’t shoot himself in the foot first.