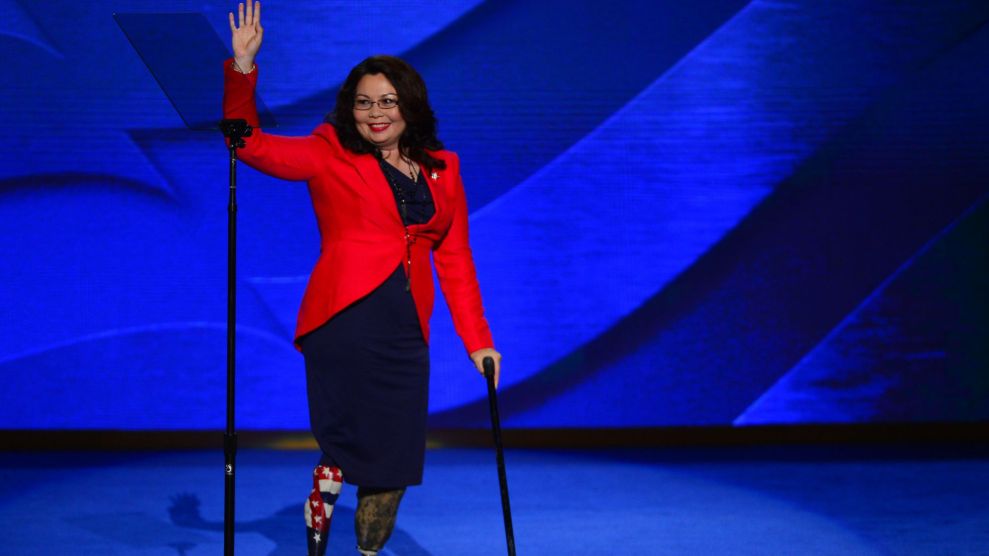 Tammy Duckworth won an Illinois Senate seat today, according to ABC News and Huffington Post exit polls. Duckworth will take Republican incumbent Mark Kirk’s seat in a race that will help determine whether Democrats will hold a Senate majority. Duckworth, a veteran who lost both her legs during the Iraq War, is currently serving her second term in Congress, representing Illinois’ 8th district.

Duckworth held a strong lead throughout the race: Illinois typically leans Democratic during presidential elections and Hillary Clinton has consistently been favored to win the state. Donald Trump’s campaign hasn’t helped Kirk, a first-term senator who was one of the first Republican lawmakers to rescind his support for the candidate. Kirk was roundly criticized in the last weeks of the campaign when, during a candidates debate, he questioned Duckworth’s family heritage. Kirk suffered a stroke in 2012, and though he was able to resume office the next year, his health raised concerns among his supporters.

Duckworth previously served as the head of the Illinois Department of Veterans Affairs and as the assistant secretary to the Department of Veterans Affairs. During her time in Congress, Duckworth focused on veterans’ issues: She set up a hotline for veterans, helped cut waste in the Department of Defense, and introduced a bill to ensure breast-pumping and nursing stations for women in airports. As a senator, she says she looks forward to taking her work to the next level, with a focus on reducing student loan debt, pushing for criminal justice reform, and growing Illinois’ economy.

For more on Duckworth, read our recent interview and our profile.