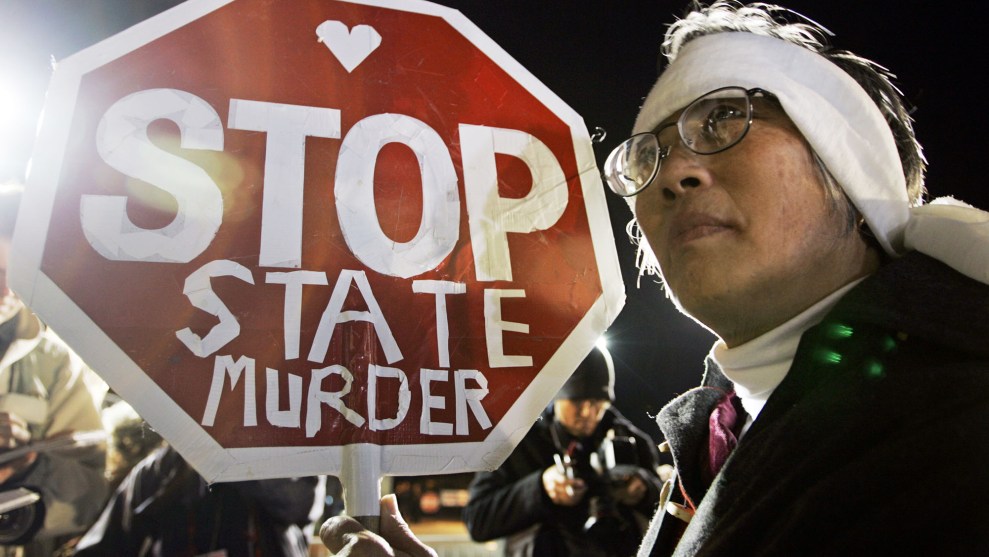 Voters in California and Nebraska on Tuesday rejected efforts to abolish the death penalty in their states. The two states—one deep red and the other deep blue—were seen as significant bellwethers for longtime opponents of capital punishment who had hoped for a different result.

Heading into Tuesday, polls in California showed voters closely divided on the issue; Nebraska’s scant polling showed the pro-death penalty side leading. But overall in the country, support for capital punishment and executions have both waned. In September, a Pew poll found support for the death penalty nationwide had fallen below 50 percent for the first time in nearly 50 years. Some states have been unable to carry out executions due to a shortage of the requisite drugs, including Nebraska, which has not executed anyone since 1997. California has not executed anyone since 2006, also out of concern for its drug protocols.

The results send a signal that voters in both red and blue America are reluctant to part with the death penalty, even as the number of executions around the country has declined in recent years. In Oklahoma, a state that carried out a notoriously botched and brutal execution nearly two years ago because it used the wrong drug, voters passed a ballot initiative to protect the constitutionality of the death penalty, by a margin of 66 percent to 34 percent.

Still, the ballot initiatives in California and Nebraska were a bold effort to push the issue forward, with a deep-blue state questioning the morality of a system that has taken innocent lives and a deep-red state beginning to see the death penalty as a flawed and wasteful government program. “California and Nebraska are such different states that we’re seeing the death penalty being fought on multiple fronts,” said James Clark, an anti-death penalty advocate at Amnesty International, on the eve of the election. “We’re seeing diehard progressives who believe in human rights, who believe this is a violation of human rights, are really on the forefront in states like California. And then also conservatives are on the forefront in both states, saying this is a failed government policy, this is government overreach, it costs so much money.”

Even with Tuesday’s defeats, death penalty opponents still believe the momentum is on their side—if for no other reason than the shortage of execution drugs. Clark said the ballot initiatives were “bold risks that could cause setbacks, but I don’t think they will change the overall trend of the death penalty in the United States. I don’t think we’re in jeopardy of that.”