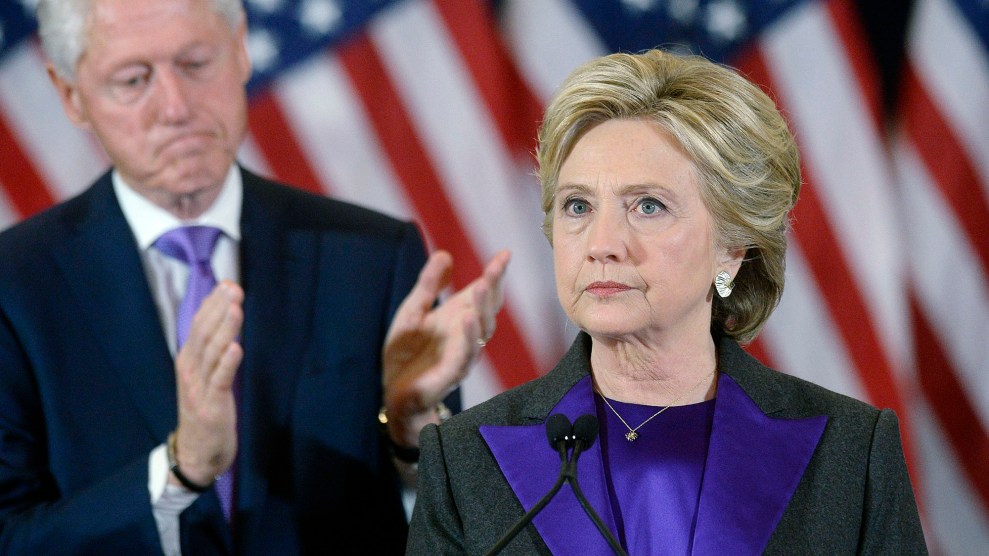 Marc Elias, the lawyer for Hillary Clinton’s presidential campaign, announced Saturday that the Clinton campaign will participate in the election recount initiated by Green Party candidate Jill Stein in Wisconsin, Michigan, and Pennsylvania.

Elias, in a statement posted on Medium, wrote that the campaign has been quietly taken “steps in the last two weeks to rule in or out any possibility of outside interference in the vote tally in these critical battleground states,” including combing through election results looking for anomalies “that would suggest a hacked result” and consulting with analysts within and outside of the campaign “with backgrounds in politics, technology, and academia.”

“We believe we have an obligation to the more than 64 million Americans who cast ballots for Hillary Clinton to participate in ongoing proceedings to ensure that an accurate vote count will be reported,” Elias wrote.

On Tuesday, New York Magazine reported that computer scientist J. Alex Halderman and a colleague had found “persuasive evidence” that vote totals in Wisconsin, Michigan, and Pennsylvania could have been “manipulated or hacked.” In a subsequent post on Medium, Halderman wrote that his findings had been misrepresented, and that what he was calling for was a examination of paper ballots and voting machines in those states to see if a cyberattack could have changed any results. Stein subsequently launched a fundraising push that has netted more than $5 million in order to push for recounts, according to the Wall Street Journal. She has formally requested a recount in Wisconsin, and is preparing challenges in Pennsylvania and Michigan, according to the Journal.

Because we had not uncovered any actionable evidence of hacking or outside attempts to alter the voting technology, we had not planned to exercise this option ourselves, but now that a recount has been initiated in Wisconsin, we intend to participate in order to ensure the process proceeds in a manner that is fair to all sides. If Jill Stein follows through as she has promised and pursues recounts in Pennsylvania and Michigan, we will take the same approach in those states as well. We do so fully aware that the number of votes separating Donald Trump and Hillary Clinton in the closest of these states — Michigan — well exceeds the largest margin ever overcome in a recount. But regardless of the potential to change the outcome in any of the states, we feel it is important, on principle, to ensure our campaign is legally represented in any court proceedings and represented on the ground in order to monitor the recount process itself.

The campaign is grateful to all those who have expended time and effort to investigate various claims of abnormalities and irregularities. While that effort has not, in our view, resulted in evidence of manipulation of results, now that a recount is underway, we believe we have an obligation to the more than 64 million Americans who cast ballots for Hillary Clinton to participate in ongoing proceedings to ensure that an accurate vote count will be reported.