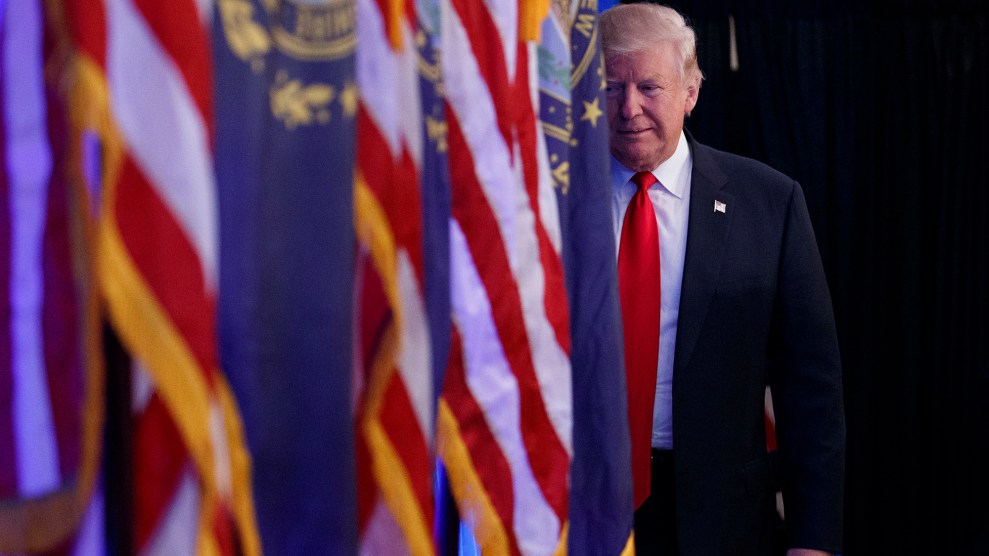 Update (11/6/2016): A three-judge panel on the Sixth Circuit Court of Appeals overturned the restraining order against Donald Trump’s campaign, his adviser Roger Stone, and their associates.

In a surprise ruling, a US district judge in Ohio issued a restraining order against Donald Trump’s campaign to prevent anyone working on the campaign from harassing and intimidating voters at the polls on Tuesday.

The order came after a two-hour hearing in which the judge pressed Trump’s lawyer to justify the candidate’s inflammatory rhetoric about voter fraud. It also applies to close Trump adviser Roger Stone, who has organized poll-watching activities, and the “officers, agents, servants, and employees” of Trump and Stone.

Voter fraud has been a popular theme among Republicans this year, from Trump to state Republican leaders who cite fraud as a reason to make it more difficult to vote. But as Friday’s ruling shows, it’s a lot easier to warn about fraud on the campaign trail than in front of a judge.

The restraining order is the result of a lawsuit filed by the Ohio Democratic Party against Trump, Stone, and the Ohio Republican Party. The suit asked the court to declare it illegal to intimidate voters at the polls. Similar suits have been filed in Arizona, Nevada, Pennsylvania, North Carolina, and Michigan. The Ohio complaint laid out a long history of remarks by Trump and his running mate, Mike Pence, encouraging supporters to watch the polls. (For example, Trump told a crowd in Akron, Ohio, “And when I say ‘watch,’ you know what I’m talking about right? You know what I’m talking about.”) The order also covers Stone, after the complaint detailed efforts by his group, Stop the Steal, to recruit poll watchers and conduct exit polls on Election Day, among other activities. The complaint cited provisions of the Voting Rights Act of 1965 and the Ku Klux Klan Act of 1871 that prohibit voter intimidation.

Civil rights lawyer Subodh Chandra was in the courtroom and tweeted throughout the hearing. Here’s what he observed:

US Dist Judge Gwin to @realDonaldTrump lawyer: why would Trump make baseless statements re fraud unless it’s to impede voters from voting?

US Dist Judge Gwin to @realDonaldTrump lawyer: why would Trump say “you know what I mean” re watching polls? Trump lawyer unintelligible.

OH @GOP Party exec dir claims in fed ct not to know what Trump means by exhorting people to “watch” polls saying “you know what I mean.”

Judge Gwin to Trump lawyer: what’s the purpose of Trump’s statements if not to stir up voters to intimidate voters? Trump lawyer babbles.

Graduating @YaleLawSch 22 yrs ago, I never thought I’d be sitting in a fed ct watching a hrng re enforcement of the KKK Act for an election.

Later Friday afternoon, the Trump campaign appealed the ruling to the Sixth Circuit Court of Appeals.

This story has been updated to include the judge’s order and Trump’s appeal.