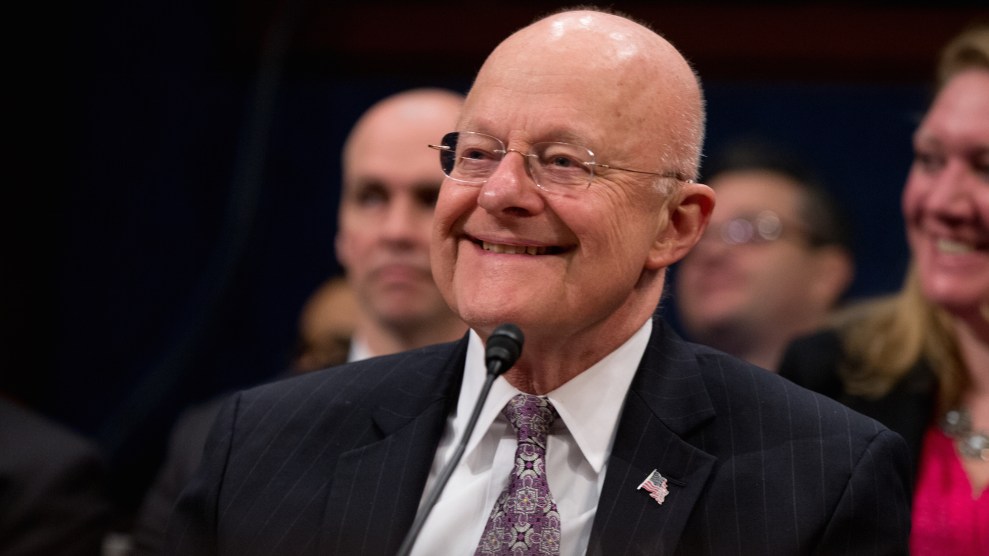 Director of National Intelligence James Clapper, the highest-ranking intelligence official in the United States, has submitted his resignation.

Clapper, an Air Force veteran who ran individual intelligence agencies under both Presidents Bush, told the House Intelligence Committee on Thursday that he has submitted his letter of resignation, saying it “felt pretty good.” He has long said he planned to step down at the end of the Obama administration.

NPR reported that Clapper’s resignation will take effect on Inauguration Day. Clapper’s office told the broadcaster that the decision was “not a move designed to register protest or lack of confidence in the incoming administration.”

But one element to Donald Trump’s win may have made Clapper’s decision even easier: Clapper helped force out retired Lt. General Michael Flynn, a close Trump ally who may become the next national security adviser, as head of the Defense Intelligence Agency in 2014.

Clapper was often a target for privacy and civil liberties groups fighting against the government’s mass surveillance programs. But given Trump’s messy transition and collection of hardline security advisers, Robyn Greene, a policy counsel at the Open Technology Institute, suggested that Clapper’s experience and competence will be missed.

Never thought I’d be sad to see Clapper go, but now, looking down the barrel of the next 4 yrs, it really scares me. https://t.co/kh8GbK1r1O