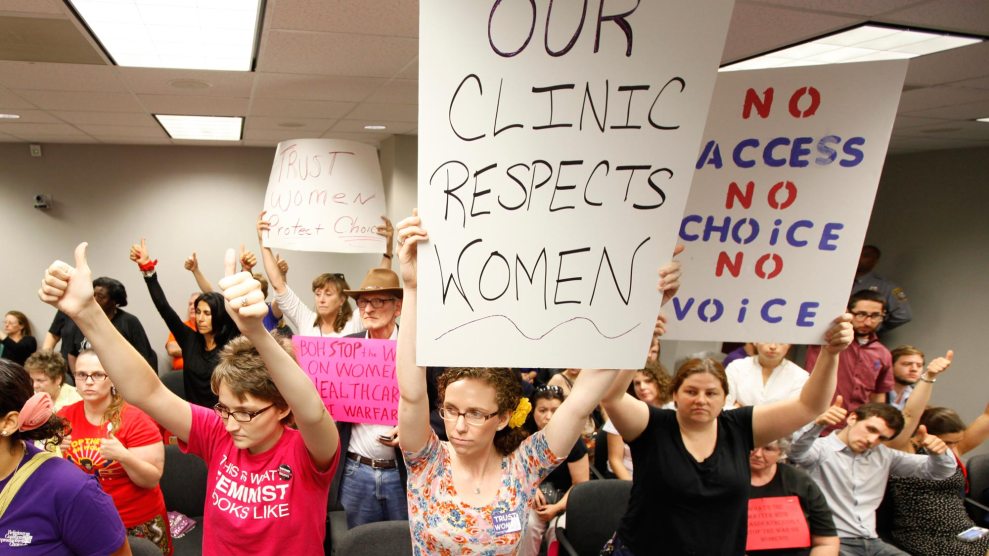 On Monday, the Virginia Board of Health voted to get rid of building restrictions on abortion clinics. The board said the regulations, which were passed to make clinics more like hospitals, are unconstitutional under the Supreme Court’s ruling in Whole Woman’s Health v. Hellerstedt, a landmark abortion case that was decided in June. Since the board of health approved these requirements in 2013, a third of the state’s clinics have shut down.

“This vote demonstrates to the rest of the United States and the world that Virginia is a community where people can live, find employment, and start a family without politicians interfering with decisions that should be made by women and their doctors,” wrote Gov. Terry McAuliffe in a statement.

The Supreme Court’s Hellerstedt ruling struck down two provisions of a Texas abortion law, including one that required abortion clinics to comply with the expensive structural requirements of an ambulatory surgical center, a hospital-like facility often used for outpatient surgery. The court ruled in June that these requirements constituted an undue burden on women’s access to abortion and weren’t shown to improve women’s health. Virginia is one of 20 states that had onerous building regulations for abortion clinics, but Virginia is the first state to take explicit steps to comply with the precedent set by the Supreme Court in June.

Virginia’s board of health postponed a vote on their state’s clinic regulations, originally slated for last month, in order to weigh the effects of the Supreme Court ruling. A memo presented at last month’s hearing noted, “Based on advice received from the Office of Attorney General, additional amendments have been proposed to the regulations to comply with the U.S. Supreme Court decision in Whole Woman’s Health v. Hellerstedt.”

At Monday’s hearing, Dr. Serina Floyd, an Alexandria-based gynecologist, called on the health board once again to follow the Supreme Court’s precedent. “On behalf of Virginia women, I ask you to hear the Supreme Court ruling and overturn.”