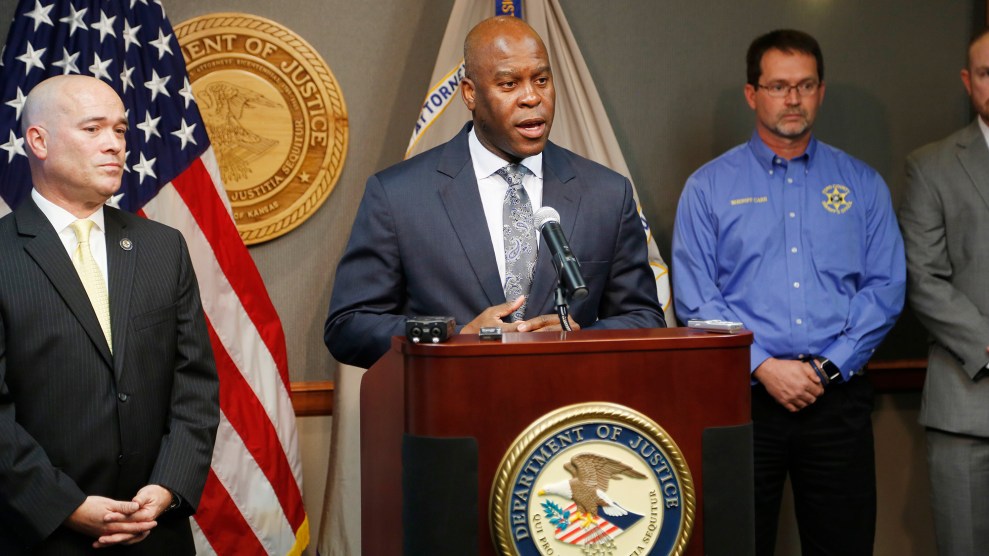 The Department of Justice announced today that it had prevented members of a Kansas militia group called the Crusaders from targeting Somali immigrants with homemade bombs. Three men were charged with domestic terrorism following an eight-month investigation in which a paid FBI informant gained access to their meetings, where they allegedly plotted attacks on Muslims. According to the criminal complaint, the men stockpiled firearms, ammunition—nearly 2,000 pounds of it—and explosive components. They reportedly believed the attack, planned for November 9, the day after the election, would “wake people up.”

Curtis Allen, Gavin Wright, and Patrick Stein allegedly contemplated murder, kidnapping, rape, and arson before settling on a different plan: They would obtain four vehicles, pack them with explosives, and set them off at the four corners of an apartment complex in Garden City, Kansas, that housed a mosque and 120 Somali refugees.

“If you’re a Muslim I’m going to enjoy shooting you in the head.”

According to the complaint, the group referred to Muslims as “cockroaches” and Stein yelled at Somali women in traditional dress, calling them “fucking raghead bitches.” The complaint also quotes Stein as telling the group, “If you’re a Muslim I’m going to enjoy shooting you in the head…When we go on operations there’s no leaving anyone behind, even if it’s a one-year old, I’m serious. I guarantee if I go on a mission those little fuckers are going bye-bye.”

The complaint contains many more examples of the men’s alleged violent, Islamophobic talk. In one recorded conversation, Stein said, “The only fucking way this country’s ever going to get turned around is it will be a bloodbath and it will be a nasty, messy motherfucker.” In a conference call, he told the group, “Make sure if you start using your bow on them cockroaches, make sure you dip them in pig’s blood before you shoot them.” Stein allegedly discussed 1995 Oklahoma City bombing and the bomb used by Timothy McVeigh. Police said they seized “close to a metric ton” of ammunition at Allen’s residence. (A metric ton is about 2,200 pounds.)

“This is a militia group whose members support and espouse sovereign citizen, anti-government, anti-Muslim, and anti-immigrant extremist beliefs,” an affidavit by FBI Investigation Task Force Officer Chad B. Moore reads. Snapshots from a Facebook profiles that appear to belong to Stein and Allen showcase an array of conspiracy theories and anti-Muslim rhetoric. 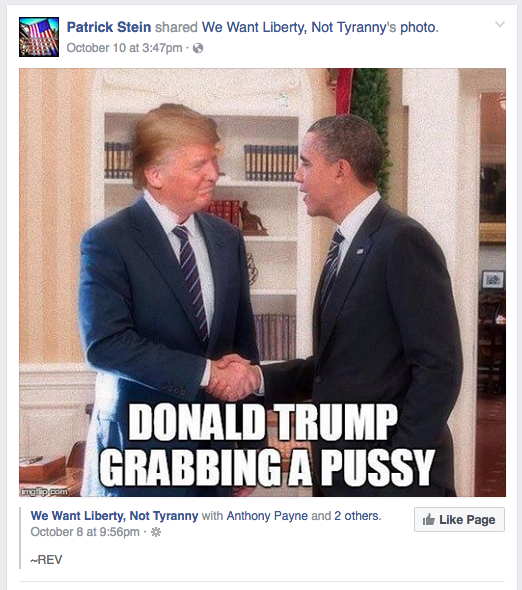 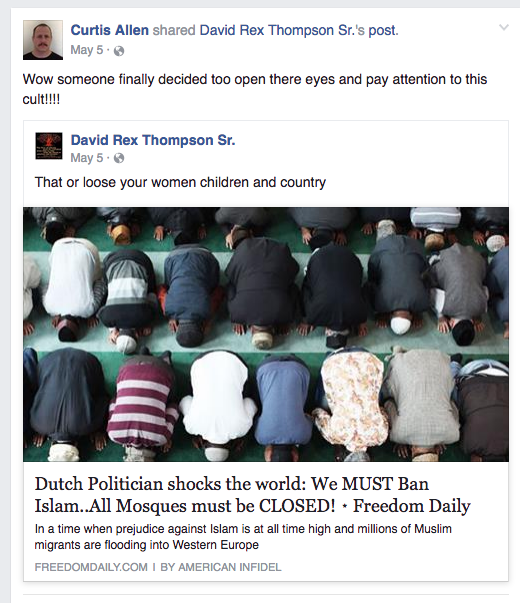 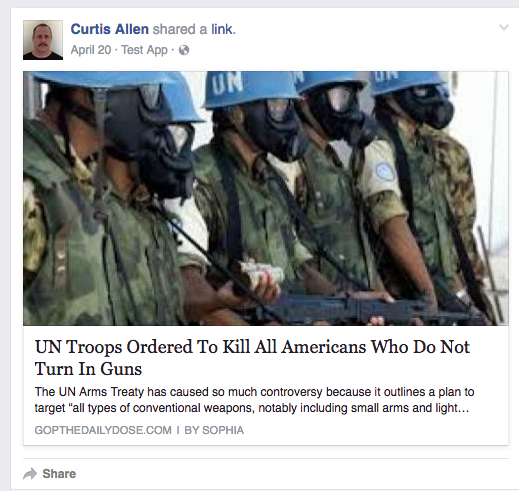 Allen, Stein, and Wright are charged with conspiring to use a weapon of mass destruction. If convicted, they face life in prison.