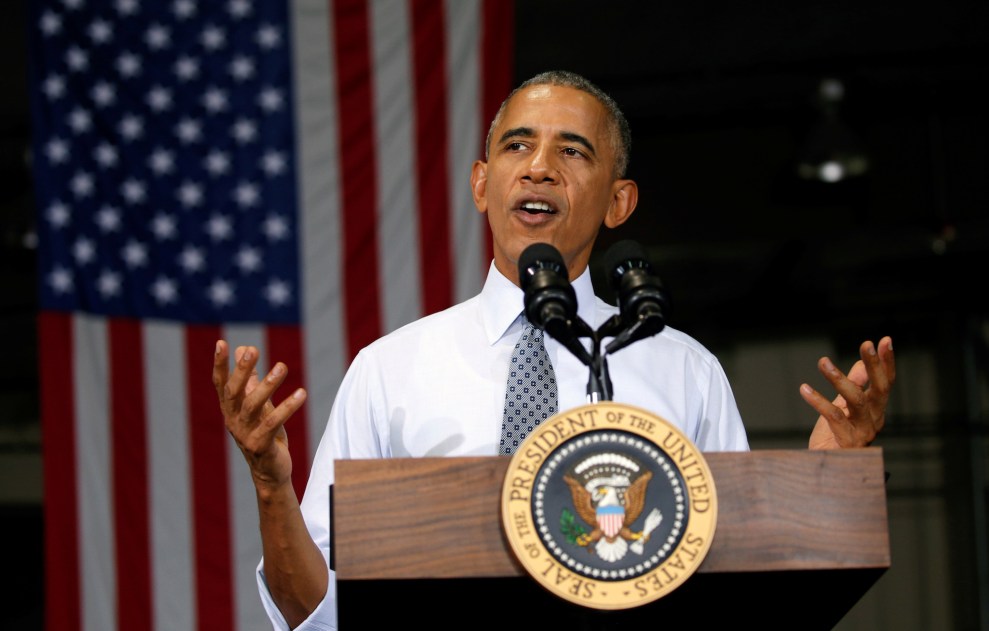 President Barack Obama said the beginnings of Donald Trump’s unlikely rise to power can be found in the Republican Party’s embrace of Sarah Palin in 2008 when the former Alaskan governor ran for vice president, according to an interview with New York Magazine published Monday.

“I see a straight line from the announcement of Sarah Palin as the vice presidential nominee to what we see today in Donald Trump, the emergence of the Freedom Caucus, the tea party, and the shift in the center of gravity for the Republican Party,” Obama said in the wide-ranging interview with New York‘s Jonathan Chait. “Whether that changes, I think, will depend in part on the outcome of this election, but it’s also going to depend on the degree of self-reflection inside the Republican Party.”

Obama thought that there were several pivotal moments during the 2016 campaign that would break the “fever” currently ravaging through the GOP but, much to his consternation, the situation seems to have only gotten worse. Obama’s revealing answer is likely to be seen as a dig at Sen. John McCain, who chose Palin as his running mate in 2008.

In July, Trump implied that the Arizona senator was not a true war hero because he was captured during the Vietnam War. “I like people who weren’t captured, okay?” Trump said. Nonetheless the five-term Arizona senator, who is currently facing a tough reelection bid, endorsed the GOP nominee.

For more on how Republican pandering to Palin-style politics begat Trump’s hostile takeover of the party, head to our deep dive here.