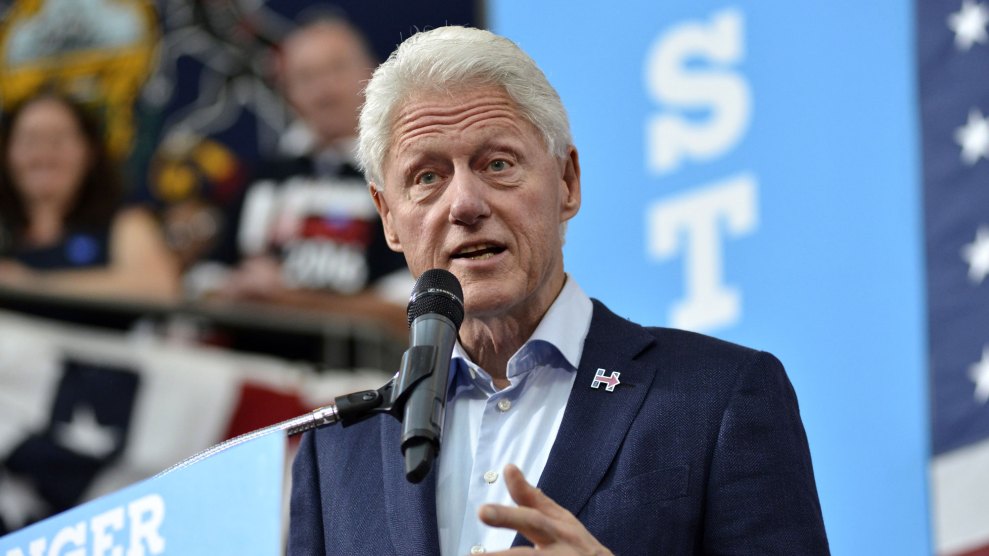 Hours before the final presidential debate, Breitbart News, the conservative news site until recently headed by Donald Trump’s campaign CEO, published a 19-minute interview with a former Arkansas TV reporter who alleged that Bill Clinton sexually assaulted her in 1980. Leslie Millwee, a one-time journalist for Fort Smith’s KLMN-TV, told Breitbart‘s Aaron Klein that Clinton tried to grab her breasts and rubbed his genitals against her neck in her station’s editing room. She also claimed that Clinton had once tried to visit her at her apartment after hours but she did not let him in.

Millwee had not spoken publicly about the alleged sexual before. But her story closely matches what she wrote in her 2010 memoir, You Can’t Make This Stuff. In that book, she recounted her fright at the governor’s late-night visit to her apartment, and described Clinton’s repeated advances, including an incident in the editing room, although there is no mention of the alleged assault:

The new allegations come on the heels of a series of bombshells about Trump allegedly assaulting women. In the weeks following the publication of a decade-old Access Hollywood tape in which Trump bragged about sexual assault, nearly a dozen women have come forward to accuse Trump of unwanted contact. Breitbart, whose executive chairman Stephen Bannon took a leave of absence to work on Trump’s campaign, has taken an aggressive role in combating critics of the Republican nominee’s treatment of women. Prior to the second presidential debate, Breitbart published an extensive interview with Juanita Broaddrick, who has accused former president Clinton of raping her while he was attorney general of Arkansas (a claim he has furiously denied). Bannon, for his part, reportedly persuaded Trump to invite Broaddrick and two other women who have alleged misconduct by Clinton, to that debate, in the hopes of forcing a televised confrontation.

BuzzFeed’s Katie Baker reported Wednesday evening that Millwee would be in attendance at the third presidential debate.

Bill Clinton, as Democrats have noted repeatedly in response to such allegations, is not on the presidential ballot this year. But he is still one of the campaign’s top surrogates, and is poised to play a big role in a future administration. Hillary Clinton has promised that if elected, she would ask the former commander-in-chief to “come out of retirement” to accept a new post “in charge of revitalizing the economy.”