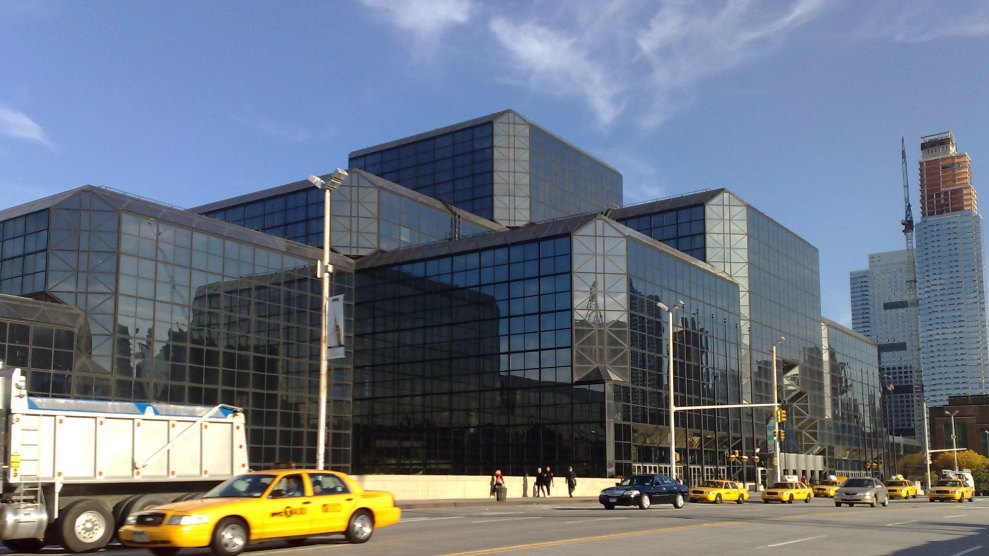 Election night is 13 days away, and Politico reports that Hillary Clinton finally has a venue for her victory rally: the Jacob V. Javits Center, overlooking the Hudson River in Manhattan. The venue, with its soaring glass ceiling, comes with obvious symbolic value for a candidate vying to become the first woman president. But the Javits Center also has an added significance for Republican presidential nominee Donald Trump—it’s one of his least favorite buildings in all of New York City.

It wasn’t always that way. Trump acquired the option to develop the site early in his career as a real estate developer, and he spent years trying to get the city to build a convention center at his location on West 34th Street. “There wouldn’t be a new convention center in New York today if it hadn’t been for the Trumps,” he wrote in his first book, The Art of the Deal, Trump even lobbied the city to name the building named after his family, offering to waive his $833,000 fee if they slapped the “Trump” name on the center.

But when the city chose a different developer for the project, Trump turned on it. In his book, he held the ensuing project responsible for “perhaps the most horrendous construction delays and cost overruns in the history of the building business”:

The Art of the Deal

Trump was also upset that the developers had ruined the view of the Hudson by facing the building in the wrong direction.

The Art of the Deal

Trolling Donald Trump may be the least of the Clinton campaign’s concerns when it comes to an election night rally—the election will, after all, be over by then. But it’s certainly a nice touch.