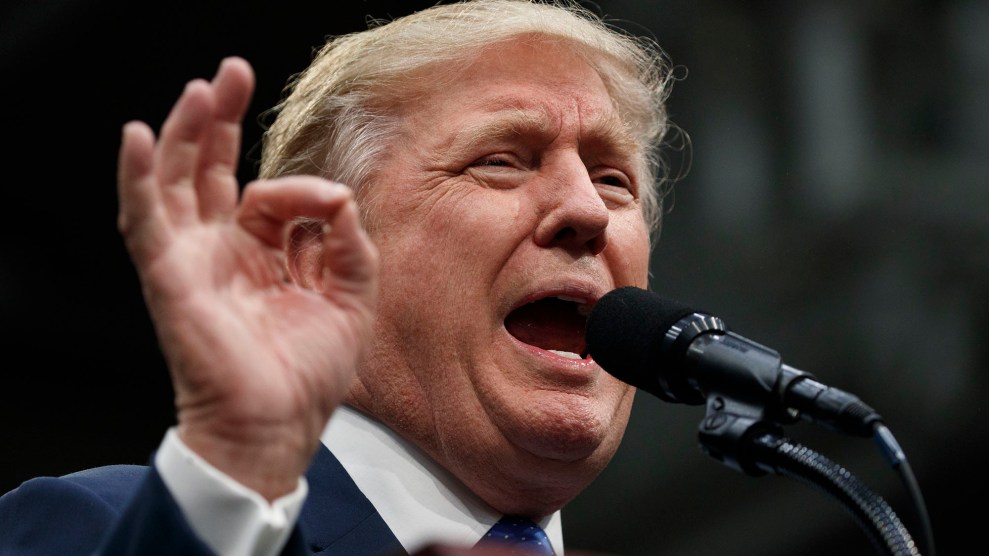 On Saturday, Donald Trump vowed to sue the 11 women who have come forward over the last few weeks with accusations of sexual assault against the Republican presidential nominee.

“Every woman lied when they came forward to hurt my campaign,” Trump claimed. “Total fabrication, the events never happened—never. All of these liars will be sued after the election is over.”

Trump’s threat came during a speech in Gettysburg, Pennsylvania, which was plugged as a major policy speech to lay out his first 100 days in office should he win the election next month. His promise to sue his accusers wasn’t the only notable moment.

While taking a hard line on his accusers, he seems to be softening on a key campaign promise: That the US will build a wall along its southern border and that Mexico will pay for it. Now, according to his speech, his position is that the United States will pay for the wall but Mexico will reimburse the US.

Trump says his “end illegal immigration act” would fully fund a wall “with the full understanding” that Mexico “will be reimbursing” U.S.

Trump also promised to break up Comcast and NBC as part of a response to media bias against him during the campaign.

Trump says he’s look to break up Comcast/NBC, alleging excessive concentration of power and attempt to “poison the mind of the voters”