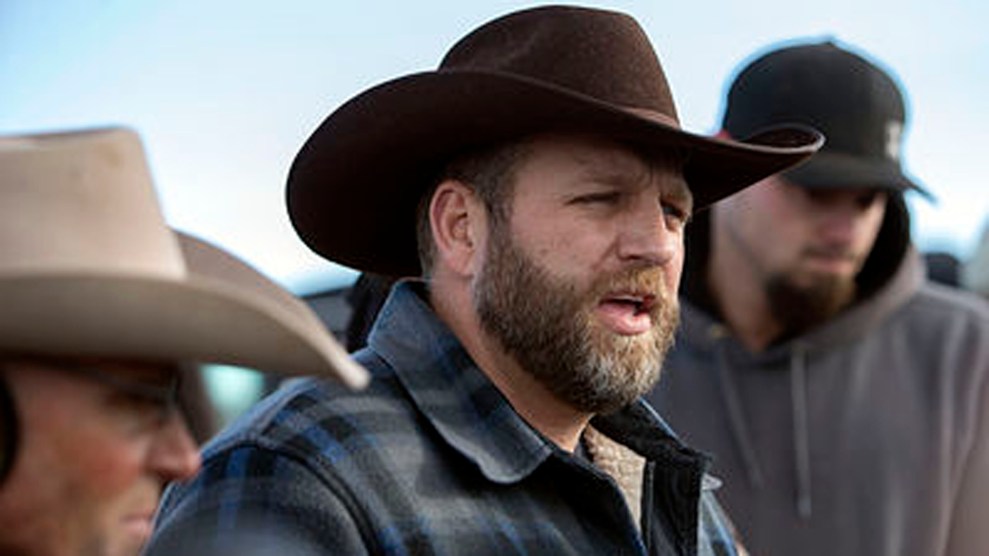 A defense attorney was tackled to the ground, a juror was dismissed at the last minute, and all seven defendants were found not guilty in the theatrical trial of seven leaders of the armed takeover of a wildlife refuge in Oregon. Ammon and Ryan Bundy, along with five of their followers, faced a slew of conspiracy and weapons charges related to the armed occupation of the government-run refuge. The trial was expected to be a crucial chapter in the ongoing struggle between federal land authorities and the anti-government patriot movement, which has challenged federal control over Western land.

Less than a year ago, Ammon Bundy, the son of a Nevada rancher who has a history of clashing with the federal government, urged demonstrators to gather in a small town in Eastern Oregon to protest the imprisonment of two ranchers who had been found guilty of committing arson on federal land. Bundy and his followers then moved the protest from the town to the remote Malheur National Wildlife Refuge, taking control of the facility and leading an armed standoff that would last for a total of 41 days. It finally came to an end when law enforcement arrested the leaders of the occupation, in the process killing one of the occupiers Lavoy Finnicum after he reached for a gun.

Finnicum’s death became a flashpoint for members of the so-called patriot movement, and the ensuing trial—which lasted about six weeks—was expected to have wide ramifications for future anti-government protesters. The defendants, some of whom chose to forgo legal representation and presented their own cases, argued that they were peaceful demonstrators exercising their right to protest government overreach. Ammon Bundy gave a full 10 hours of testimony laying out his political philosophy and describing his family and his Mormon faith.

Federal prosecutors, on the other hand, painted the occupiers as outlaws who threatened violence and prevented Bureau of Land Management and US Fish and Wildlife employees from doing their jobs. Much of the standoff was captured on video and live-streamed across the internet, so the prosecution had a mountain of evidence to work with. They showed the jury videos of the occupiers and Facebook conversations in which Ammon Bundy discussed plans for the takeover. They also the presented the court with 34 guns and 18,331 pieces of ammunition that were found at the refuge.

After less than six hours of deliberations—and the last-minute dismissal of one juror who had worked for the federal Bureau of Land Management and declared himself “very biased”—the defendants were found not guilty on all counts. The only exception was one charge levied against Ryan Bundy for theft of government property, on which the jury never came to a decision. Defense lawyer Lisa Ludwig, who was standby counsel for Ryan Bundy, called the verdict “stunning.”

However, this isn’t the end of the Bundy brothers’ showdown with the government. They also face federal charges in connection with another armed standoff which took place at their father’s Nevada ranch two years ago. In 2014, hundreds of armed protesters had gathered to protest the confiscation of cattle belonging to Cliven Bundy, who had racked up over $1 million in unpaid grazing fees. The Bundy sons are supposed to be transferred to Nevada where they will face trial once again.

The Oregon trial came to a dramatic end when Ammon’s lawyer Marcus Mumford insisted that his client should be set free, while US District Judge Anna Brown argued that Ammon would have to be taken into custody pending the outcome of the Nevada case. A struggle ensued and Bundy’s lawyer was tackled to the floor by US marshalls and hit with a stun gun—a fitting end to an unusual trial. At one point, early in the proceedings, the Bundys and Judge Brown even clashed over whether the defendants should be able to wear belt buckles and ties—”cowboy bling” as Anna Griffin of Oregon Public Broadcasting put it.

Even though these seven ringleaders are off the hook, they were only a handful of 26 occcupiers who were charged with conspiracy. Eleven have already pleaded guilty and seven more will be tried in February 2017.

For more on the militia movement, read MoJo reporter Shane Bauer’s undercover exposé, and my piece detailing why the law often turns a blind eye to militias.