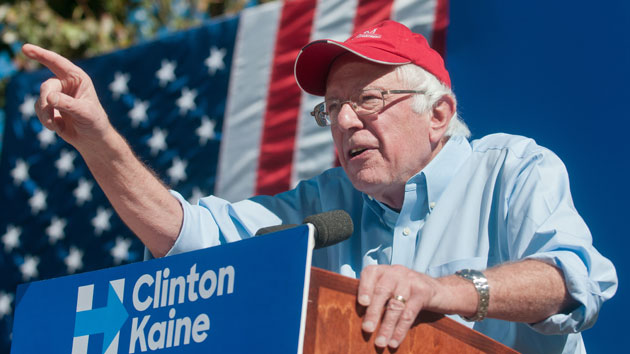 One of the tightest House races in the country this year is in New York’s Hudson Valley, where Democrat Zephyr Teachout and Republican John Faso are vying to replace retiring GOP Rep. Chris Gibson. Faso, a former assemblyman and pipeline lobbyist, and Teachout, a fiercely anti-fracking Fordham law professor, are natural rivals. But it’s the flood of outside money that has defined the race. The latest effort: a new spot from the National Republican Congressional Committee, attacking Teachout as an ally of Vermont Sen. Bernie Sanders:

As a narrator explains that Teachout is supported by “socialist senator” Bernie Sanders, the actress playing Teachout reads a book called Socialism for Beginners (shouldn’t an actual socialist already know what socialism is?). The ad has it all: a Bernie Sanders bumper sticker, a Bernie Sanders mouse pad, a photo of Sanders and Teachout together—even a pair of Birkenstocks.

Those are just the national numbers. There is good reason to think that in New York’s 19th Congressional District, a slightly-Democratic-leaning area where the Vermont senator traveled to campaign with Teachout last month, Sanders is even more popular. Sanders won the district overwhelmingly in the April primary, with 58 percent of the vote—one of his best districts in the state.