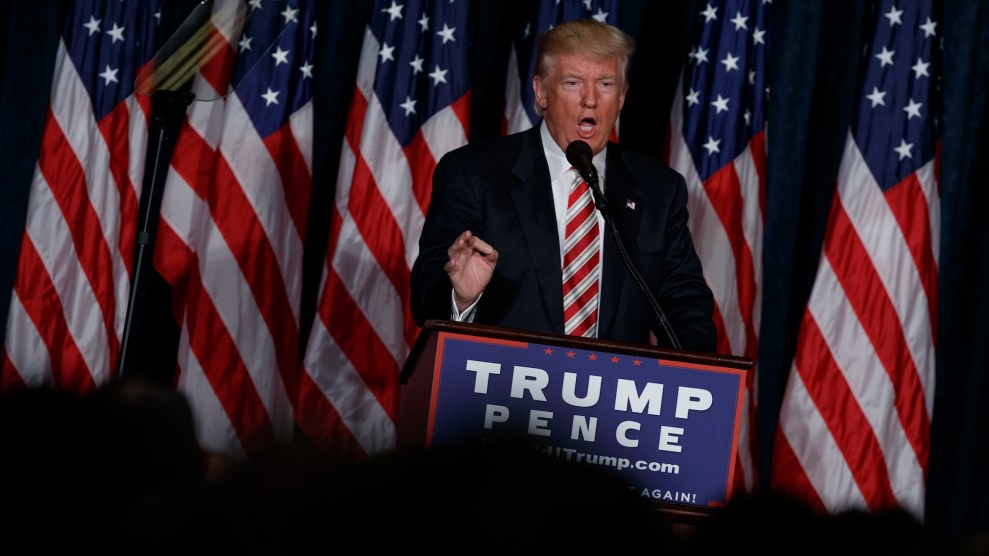 “Trigger-happy, “unstable,” and “reckless” are charges often leveled against Donald Trump, but the GOP nominee attempted to fling those insults back at Hillary Clinton during a speech on foreign policy and national security in Philadelphia on Tuesday.

Michael Flynn, a retired Army lieutenant general and high-profile Trump surrogate, also sought to turn the tables on Clinton during his introduction. “His temperament is solid,” Flynn said of Trump, arguing that Clinton is in fact the candidate whose temperamental fitness should be questioned.

The scripted speech was the second military-themed event Trump has done in the past 24 hours as he and Clinton gear up for a “Commander-in-Chief Forum” to be hosted in New York on Wednesday night. But while Trump promised a “new foreign policy” during the speech in Philadelphia, neither event revealed any new policy ideas. At a town-hall-style event with Flynn on Tuesday that supposedly focused on veterans, Trump spoke only briefly about veterans’ issues and referred the audience to the existing 10-point plan on his website. Wednesday’s speech combined his now-familiar complaints about Clinton’s foreign policy with stock conservative defense policy ideas. Those included a call to end the cap on defense spending known as sequestration (President Barack Obama has unsuccessfully tried to remove that cap in previous budgets), boost troop levels, build more ships and airplanes, and pour money into missile defense systems.