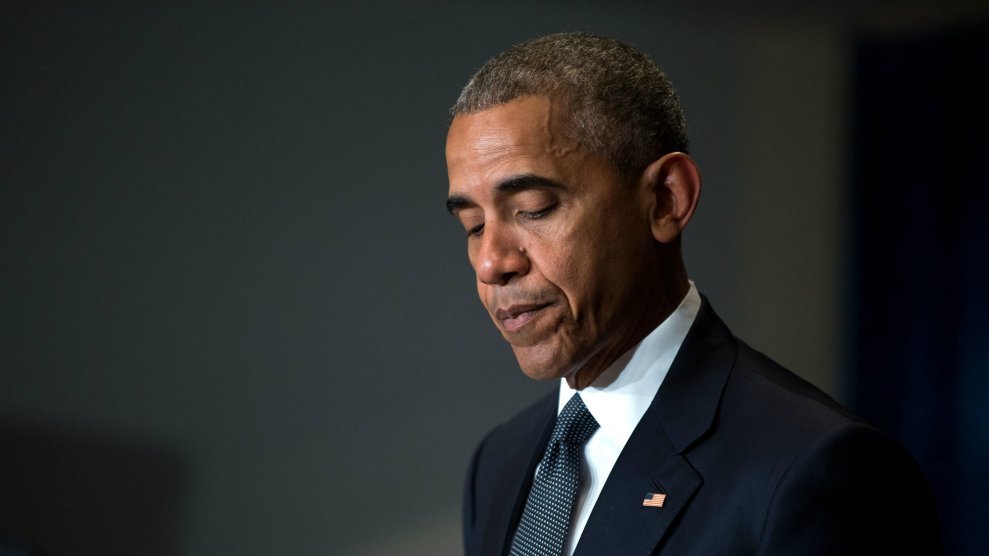 Update (9/28/2016): The House has voted to override Obama’s veto of the Justice Against Sponsors of Terrorism Act, ensuring the bill will become law. This marks the first override of a presidential veto in Obama’s presidency.

The Senate voted 97-1 on Wednesday to override President Barack Obama’s veto of a controversial bill that has pitted families of 9/11 victims against the president. The override is the first in Obama’s seven and a half years in office.

The original bill, passed by the Senate in May and the House earlier this month, would allow American citizens to sue foreign governments complicit in terrorist attacks on US soil, giving victims a way to receive monetary compensation in the wake of tragedy.

Opponents of the bill, including Obama, have said it could open the door to suits by other countries against US diplomats and service members abroad. The override now goes to a vote in the House of Representatives, which is expected to follow the Senate’s lead and make the bill law.

The Justice Against Sponsors of Terrorism Act does have limitations in place, stipulating that suits can only be filed for “an act of international terrorism in the United States” and that foreign governments cannot be held liable for “mere negligence.” The US secretary of state may intervene to halt a lawsuit if the United States is already in talks with the foreign country to resolve the issue. The US attorney general may also seek to put suits on hold for 180 days, subject to extension.

In the case of families of 9/11 victims, however, their claims have faced a hurdle. Saudi Arabia, the country they want to sue, is not labeled a state sponsor of terrorism by the State Department. In fact, Saudi Arabia is one of the United States’ closest allies in the Middle East. But 15 of the 19 hijackers on September 11, 2001, were Saudi nationals.

In his statement, the president said the bill would be “detrimental to US national interests more broadly” and argued that it “would neither protect Americans from terrorist attacks nor improve the effectiveness of our response to such attacks.”

But most members of Congress, including Democrats, seem to disagree. Sen. Charles Schumer (D-N.Y.), widely viewed as the successor to retiring Senate Minority Leader Harry Reid (D-Nev.), told CNN the veto was “a disappointing decision that will be swiftly and soundly overturned in Congress.” Reid was the only senator who voted to support the president’s veto.

Democratic presidential nominee Hillary Clinton also supports the bill, breaking with the president and saying she would sign the bill into law if she were president, according to CNN.

The House is widely expected to vote the same way. If at least two-thirds of House members vote to override the veto, the bill would become law, giving 9/11 victim families a chance at compensation and the president a legislative defeat.