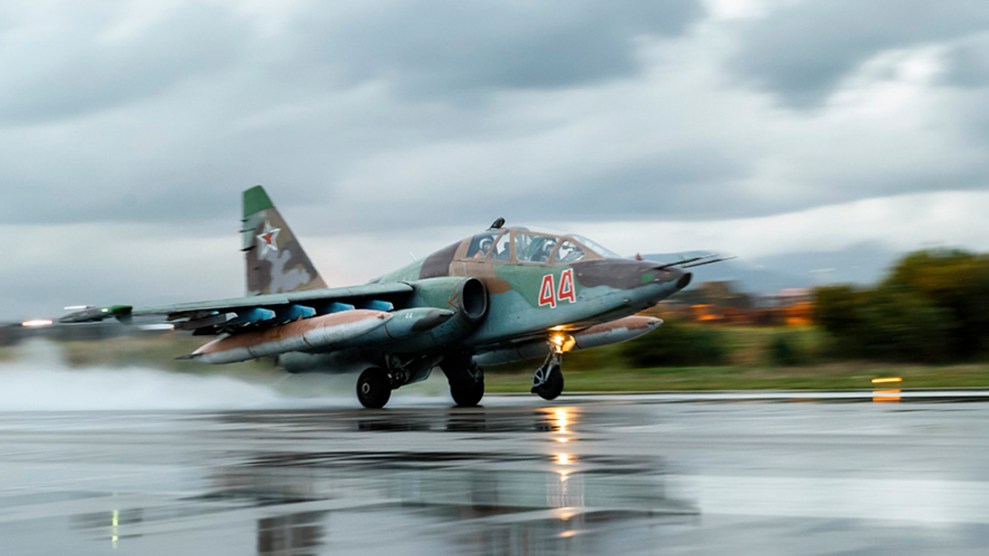 Russia’s military has killed almost 10,000 people, including nearly 4,000 civilians, in Syria over the past year, according to a new report from a London-based group that monitors the Syrian civil war.

“The Syrian Observatory for Human Rights was able to document the death of 9364 civilians and fighters from the rebel and Islamic Factions, Fath al-Sham Front [formerly the Al Qaeda-affiliated Nusra Front] and the ‘Islamic state’ in the past 12 months,” the group wrote on its website on Friday. Russian airstrikes have killed more civilians (3,804) than members of ISIS (2,746) or members of rebel and other Islamic groups (2,814), according to SOHR. The civilian death count includes 906 children under the age of 18.

The Russian air force started bombing operations in Syria last September in support of the Syrian government’s military. While the Russian government claimed the strikes were being carried out against ISIS, the air campaign has heavily targeted non-Islamist rebel groups and civilian areas held by rebels. Russian aircraft frequently strike hospitals and other medical facilities and have been blamed for the bombing of a UN aid convoy during a short-lived ceasefire last week.

Russian air support has allowed the Syrian regime to consolidate its battlefield gains and even advance in some areas, despite being short on soldiers and increasingly reliant on allies including Iran and Lebanon’s Hezbollah.