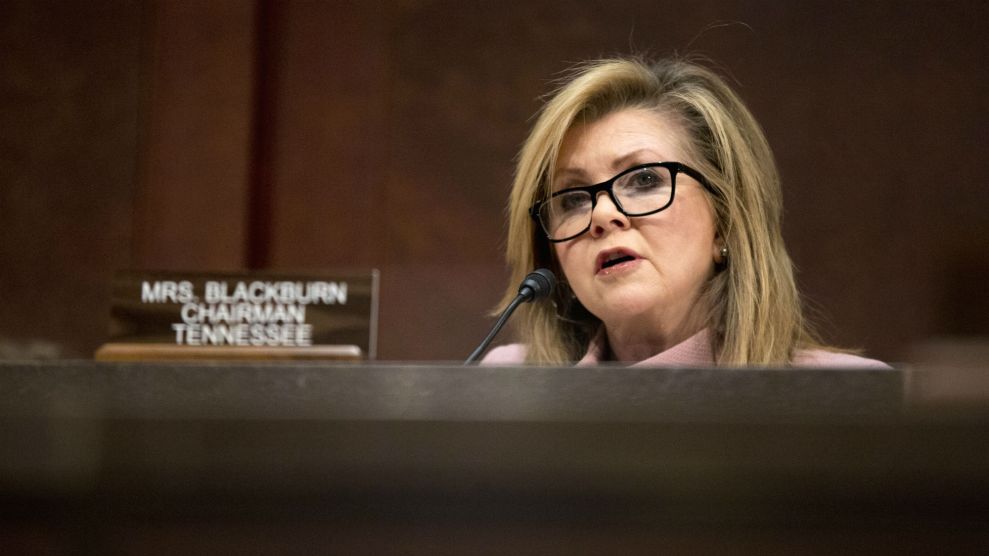 The congressional subcommittee investigating allegations of fetal tissue sale for profit recommended holding a company that procures tissue for medical research in contempt of Congress.

House Democrats staged a walkout to protest the vote for contempt proceedings after being overruled by Republican members of the Select Investigative Panel. “We refuse to sanction or endorse this exercise by continuing to participate,” said ranking member Rep. Jan Schakowsky (D-IL).

The small Northern California biotech firm, StemExpress, prepares human tissue and cells for biomedical researchers across the world. It specializes in isolating stem cells from donor tissue in order to expand a sample’s lifespan for research, which is important because otherwise, perfectly usable cells can be lost in transit to a lab.

Although StemExpress and CEO Cate Dyer have submitted information to comply the Select Investigative Panel, Rep. Marsha Blackburn (R-Tenn.) said in her opening remarks this morning that the submission was unsatisfactory because it did not include personnel information or detailed accounting records, only summaries. Blackburn said that Dyer’s attorney responded to additional requests for information in April by saying that if the panel wanted more detailed records, it would have to issue another subpoena.

“A subpoena is not a suggestion, it is a lawful order, and a subpoena is to be complied with,” Blackburn said.

Until a year ago, the company partnered with Planned Parenthood, which provided fetal tissue for research that comprises less than 1 percent of the company’s business. Following the release last year of surreptitiously recorded videos that purported to show the sale of fetal tissue for profit, StemExpress has been the target of hundreds of threats. StemExpress CEO Cate Dyer has received personal threats, including a $10,000 bounty on her head.

In the wake of the video’s release, a congressional subcommittee launched an investigation into whether Planned Parenthood and StemExpress violated a federal statue that bans the sale of fetal tissue for profit. In February, Blackburn sent two letters to the Obama administration that requested further investigation. Those letters were not properly redacted, and the identities of several researchers and Planned Parenthood staffers were made public in attachments that came with the letters and were posted on the Select Investigative Panel’s website.

Also in February, the committee issued a subpoena to StemExpress seeking accounting and personnel records. The next month, it issued a subpoena to StemExpress CEO Cate Dyer. Dyer’s attorney, Frank Radoslovich, told STAT that Dyer has complied with the subpoena and turned over more than 1,700 pages worth of the requested information, but she is also balancing a need to protect her staff’s anonymity in the wake of violent threats.

“We have a real, legitimate interest in protecting the privacy of our employees,” Radoslovich told STAT. “We have a panel of zealots that have already proven that they will disclose or mischaracterize documents, or just flat-out make up things and attribute it to us. We can’t be put in a position to further endanger employees.”

Top Democrats are condemning the actions of the Republicans on the committee. Energy and Commerce ranking member Frank Pallone, Jr. (D-N.J.) wrote a letter to full committee chairman Fred Upton accusing the panel of abusing its power, claiming it does not have the authority to hold anyone in congressional contempt without the full support of the Energy and Commerce Committee.

“The McCarthyesque threat that StemExpress ‘name names’ of all employees or face congressional contempt is disgraceful,” she said in a statement. “We will fight this continued abuse of congressional authority every step of the way.”