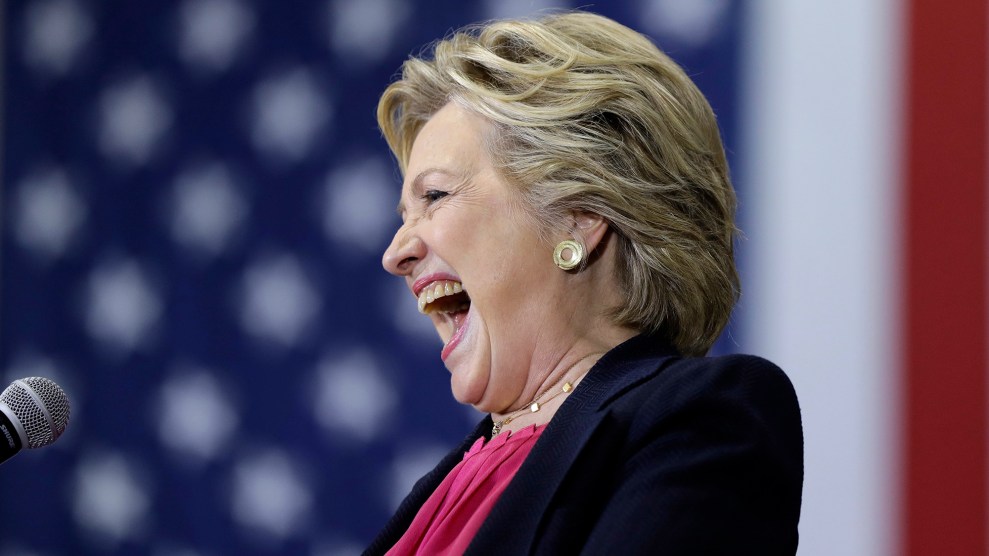 The Arizona Republic, once called the Arizona Republican, is a conservative newspaper that has never endorsed a Democrat in a general election for president. But on Tuesday, the paper broke its 120-year streak of supporting Republicans, giving Hillary Clinton its endorsement.

Trump, the paper said, “is not conservative and he is not qualified.”

The endorsement lauds many of Clinton’s qualities, including her years of public service, her temperament, and her experience, while pointing out that Trump lacks these same qualifications. “Clinton retains her composure under pressure,” the paper wrote. “She’s tough. She doesn’t back down. Trump responds to criticism with the petulance of verbal spit wads.”

The paper contrasted the two candidates on issues from immigration to treatment of women. On the latter, the paper noted Clinton’s focus on gender equality as secretary of state and compared that record to Trump’s view of women. “Trump’s long history of objectifying women and his demeaning comments about women during the campaign are not just good-old-boy gaffes,” the editors wrote. “They are evidence of deep character flaws. They are part of a pattern.”

The paper noted that Clinton made a mistake by using a private email server as secretary of state and said she should have erected a “firewall” between herself and the Clinton Foundation while at the State Department, “though there is no evidence of wrongdoing.” But against Trump’s flaws, the paper concluded, hers “pale in comparison.”

On Wednesday, Grant Woods, the former Republican attorney general of Arizona, also endorsed Clinton, calling her “one of the most qualified nominees to ever run for president” and Trump “the least qualified ever.”

The Arizona Republic is the latest conservative-leaning paper to break this year with its tradition of endorsing Republicans. The Dallas Morning News and the Cincinnati Inquirer both recently endorsed Clinton, while several other conservative papers have opted to endorse the libertarian candidate, Gary Johnson.

Thus far, no major papers have endorsed Trump over Clinton.