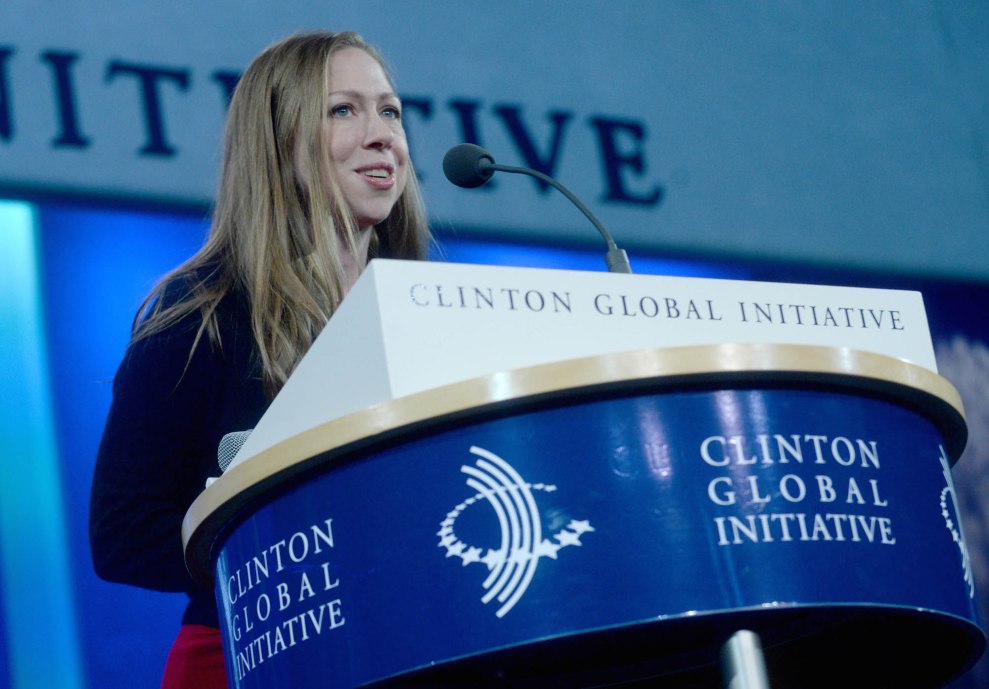 Chelsea Clinton is firing back at Donald Trump’s suggestion that he showed restraint in not broaching the subject of her father’s extramarital affairs during the first presidential debate.

“Well, my reaction to that is just what my reaction has been kind of every time Trump has gone after my mom or my family, which is that it’s a distraction from his inability to talk about what’s actually at stake in this election,” the former first daughter told Cosmopolitan. She continued by listing policy areas, such as national security and rising college tuition costs, as examples of topics Trump is unable to coherently discuss, much less debate.

After Monday’s debate, Trump intimated that his decision not to bring up Bill Clinton’s history of infidelities at the debate was a result of his generous character and respect for the Clinton family, especially Chelsea.

“I was going to say something extremely rough to Hillary, her family, and I said to myself, ‘I can’t do it. I just can’t do it,'” he said. “It’s inappropriate, it’s not nice.” Trump later confirmed that he was indeed referring to the former president’s well-publicized affairs.

When Clinton sat down with Cosmopolitan, she appeared unfazed by Trump’s thinly veiled reference.

“Candidly, I don’t remember a time in my life when my parents and my family weren’t being attacked,” she said. “So it just sort of seems to be in that tradition, unfortunately.”

On Tuesday, Eric Trump, the real estate magnate’s son from his first marriage to Ivana, said it had taken “courage” for his father not to bring up the affairs. He commended the moment, saying it was something he’d “always remember.”