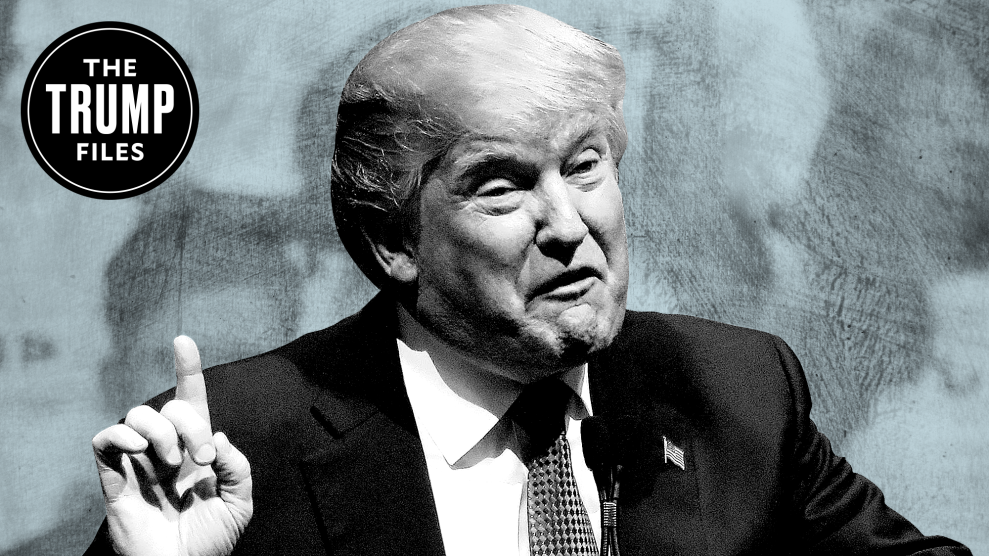 Donald Trump didn’t speak at the Republican National Convention in 2004. He didn’t speak at the Democratic convention either. But a week before election day, Trump made a surprise appearance onstage in New York to deliver the nominating speech for a long-shot presidential candidate—the rapper Eminem.

Eminem, who was still known at the time by his alter-ego “Slim Shady,” held a convention for his new party, the Shady Party, to promote his fourth album, “Encore,” and launch a hip-hop channel on Sirius satellite radio.

“When the Shady Party called and told me there’s going to be a convention, I said it’s got to be a really big one—and it’s got to be right here in New York,” Trump said, as “delegates” waving state placards and campaign signs cheered him on. “Because this is the best city anywhere in the world. Am I right? Of course I’m right. I’m always right—I’m Donald Trump, I’m always right. I know a winner when I see one, and Donald Trump is telling you right now, Slim Shady is a winner. He’s got brains, he’s got guts, and he’s got Donald Trump’s vote!”

When it was Eminem’s turn, he offered a minimalist platform, promising, if elected, to “throw a party, in a club, with my homies.”