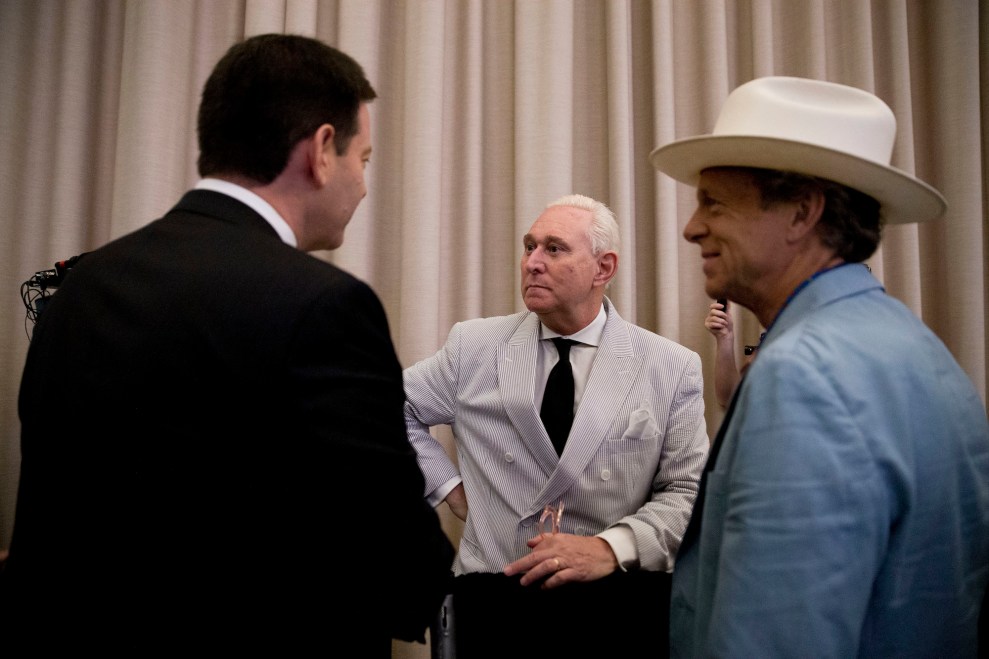 Roger Stone, an informal adviser to Donald Trump, took to Twitter on Sunday to claim that Khizr Khan, the father of a slain war hero who spoke at last week’s Democratic National Convention, is working for the Muslim Brotherhood.

The link that accompanied Stone’s tweet outlines a conspiracy theory that claims Khan is working to bring radical Muslims to the United States. The article Stone linked to also alleges that Khan’s son, Captain Humayun Khan, was a Muslim martyr who was killed “before his Islamist mission was accomplished.”

Stone’s shocking tweets come just a day after Trump told ABC News that, like the Khan family, he has made many sacrifices. The Republican nominee also attacked Khan’s wife, who stood alongside her husband during his DNC address, suggesting that perhaps she “wasn’t allowed” to speak because of the couple’s Muslim faith.

On Sunday, Trump’s vice presidential pick, Mike Pence, attempted to quell the mounting controversy by claiming Trump believed Khan’s family should be “cherished.” In the same Facebook post, however, Pence said he supported Trump’s plan to suspend “immigration from countries that have been compromised by terrorism.”

After whipping up a storm of controversy on Sunday, Trump returned to knocking Khan on Monday morning.

Mr. Khan, who does not know me, viciously attacked me from the stage of the DNC and is now all over T.V. doing the same – Nice!