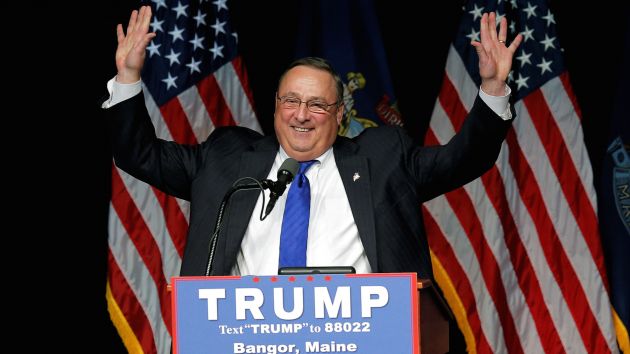 A day after Maine’s Republican leadership ordered a meeting with Paul LePage, the state’s embattled governor who recently ignited yet another wave of controversy with a series of racially charged remarks, the two-term governor revealed Tuesday that he is considering resigning from office.

Throughout the interview, he expressed regret over leaving an expletive-laden voicemail directed at one of his Democratic critics, Rep. Drew Gattine, last week. In the message, LePage threatened the state representative and called him a “socialist cocksucker.” LePage believed Gattine had called him a racist after he publicly claimed 90 percent of the state’s drug traffickers are either black or Latino.

“Deep down in my heart I know I’m not a racist,” Lepage said in Tuesday’s interview. “I am a lot of different things, and I have faults like everybody else, but a racist is like a word that I just can’t explain—it’s like calling a black man the ‘N word’ or a woman the ‘C word.’ It just absolutely knocked me off of my feet.”

On Monday, a previously scheduled town hall meeting with LePage was canceled. Instead, Republican leaders in the state’s Legislature met with him and demanded “corrective action.”

“I think there is a lot more to be done and move the state forward,” LePage said. “I just need to see whether I’m the man to do it.”