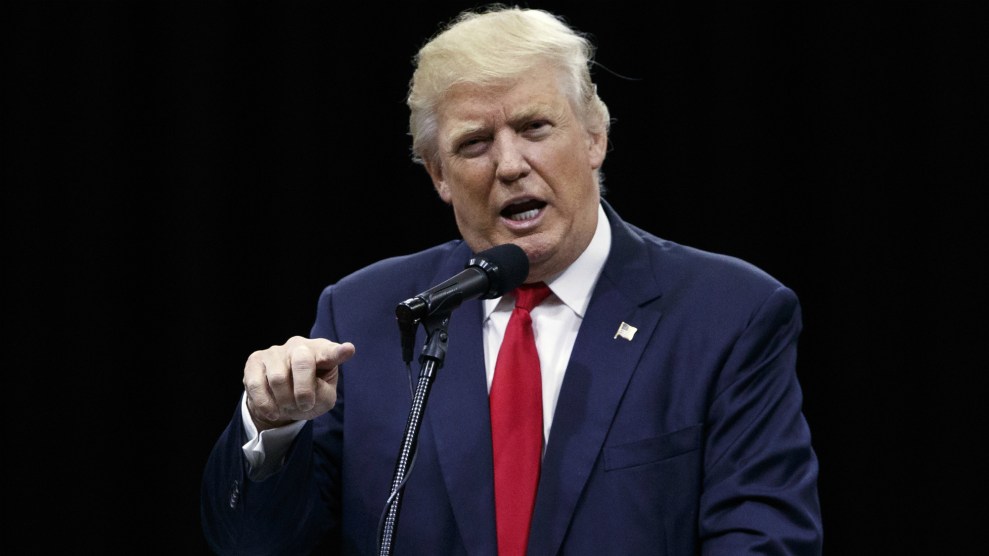 Charles and David Koch have declared they will have nothing to do with Donald Trump’s election—a major blow considering the financial and organizational resources their political network can mobilize. But not all of the four Koch brothers have sworn off Trump. David’s fraternal twin, Bill, who famously spent nearly two decades in a scorched-earth legal battle with his brothers, will be hosting a fundraiser for Trump at his Cape Cod mansion this weekend.

According to an invitation obtained by Mother Jones, Bill Koch and his wife, Bridget—who held fundraisers for Mitt Romney during the 2012 campaign—will host the Trump event at their home in Oyster Harbors, Massachusetts, at 6 p.m. on Saturday. Admission to the fundraiser is just $2,700, the maximum donation to the Trump campaign, but pledging to raise more than that will get you special access. Koch and his wife are listed as co-chairs, which the invitation specifies requires a donation or pledge to raise $100,000. Two other couples—former Mitt Romney fundraiser Jerry Jordan and his wife, Darlene, and real estate developer Charles Talanian and his wife, Ann—are listed as co-chairs.

RNC chairman Reince Priebus—who is reportedly furious with Trump for refusing to endorse Paul Ryan in his upcoming primary—was expected to attend fundraisers for Trump in Massachusetts this weekend.